Real Good for FREE: The Mothership is Landing! 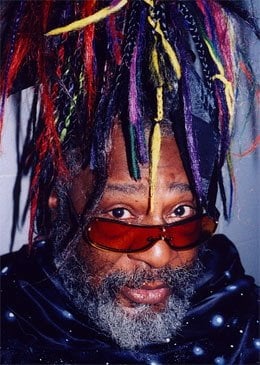 “Put a glide in your stride, a dip in yo’ hip and come on up to the Mothership.”

When it was announced last spring, the Bootsy Collins show was uniformly hailed as one of the all-time best bookings for Albany’s long-running Alive at Five free, weekly, summertime concert series.

And no question about it, Bootsy definitely delivered the goods in concert, living up to all the hopes and hype.

So maybe you thought that the folks at the City of Albany’s Office of Special Events had nowhere to go but downhill this summer, at least on the funk front.

Although there’s been no official word yet from the folks who run the concert series, it looks like extraterrestrial future-funk architect George Clinton himself will be making his Alive at Five debut this summer. According to his website, the mastermind behind R&B blockbusters Parliament and Funkadelic is expected to be on the bridge captaining the Mothership when it lands in Albany’s Riverfront Park on Thursday, June 27.

A tip o’ the hat to Ed Conway