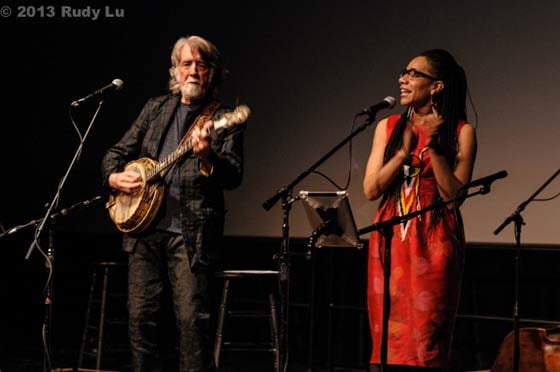 The Eighth Step and Sista Factory teamed up to bring Martha Redbone, her band and her producer John McEuen to Proctors’ GE Theatre in Schenectady for two marvelous sets of music last Saturday night. The performances centered around acoustic roots music with a focus on Martha’s latest project, “The Garden of Love: The Songs of William Blake.”

As a founding member of the highly influential Nitty Gritty Dirt Band, certainly McEuen is no stranger to this music. He opened the concert with a solo set laced with comic flair. Cracking jokes with the audience and reminiscing about the music scene of the ’60s, he was aided by a slide-show back drop featuring vintage photographs of the band in its early days and the recording of the seminal “Will the Circle Be Unbroken,” which the NGDB recorded with such old-time country stars Vassar Clements, Merle Travis, Flatt & Scruggs, Mother Maybelle Carter and Roy Acuff. References to the pop music and culture of the time were interwoven throughout his set, including snippets of “Layla,” “Louie, Louie” and an audience sing-along version of the “Beverly Hillbillies Theme Song.” Martha joined him in a duet of “Will the Circle be Unbroken.”

Martha’s approach to her set was more serious. “The Garden of Love” is a set of William Blake’s poems set to Appalachian melodies. Martha has previously been known for Native American-influenced funk and neo-soul. She last performed in Schenectady in 2010. This music is a new venture for her. Although she now lives in Brooklyn, she originally hails from Black Mountain, Kentucky and has Native American ancestry. Her powerful, soulful voice touched the audience with the meaning of William Blake’s voice and did fit the Appalachian setting of the music. She explained that this music was being performed as a tribute to her mother and to pass her heritage down to her son. She also paid tribute to her Native American heritage with the singing of the Jim Pepper classic “Witchi Tai To” and a powerful version of the Native American protest song about the Indian boarding schools, “Drums.”

Martha Redbone took a tremendous chance recording and performing this music. Leaving your comfort zone is an important part of any artist’s growth, and Martha is growing by leaps and bounds. I am looking forward to seeing her next performance.

SECOND OPINIONS:
Excerpt from Michael Hochanadel’s review at The Daily Gazette: “And Redbone — a stunningly soulful singer — managed to create a remarkably coherent and powerful unbroken circle, grafting her African-American/Choctaw background onto Blake’s poems. Blake’s ‘The Garden of Love’ soared on big blues wings, Schenectadian George Rush’s bass, Alan Burroughs’ dobro and Aaron Whitby’s piano giving Redbone’s fervent voice full flight. She and Whitby transformed Blake’s poems into either blues — ‘A Poison Tree’ — bluegrassy rips — ‘Hear the Voice of the Bard’ — or Gospel glides — ‘On Another’s Sorrow.’
However, with Blake’s ‘A Dream,’ Redbone incorporated a Seminole chant, its moral force alternating with Blake’s stanzas. Ollabelle Reed’s bluesy ‘Undone in Sorrow’ took her back to Kentucky; and the Creek Jim Pepper’s ‘Witchi-Tai-To’ and Fred Red Crow Westerman’s ‘Drums’ were as (Native) American as music gets. ‘Drums’ protested the forced assimilation of native children through government boarding schools where their languages were forbidden. Redbone said her Choctaw grandfather attended one, then she gave a deeply passionate cry of outrage in Westerman’s words.” 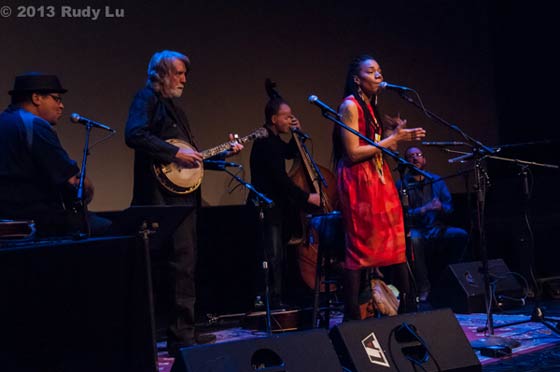 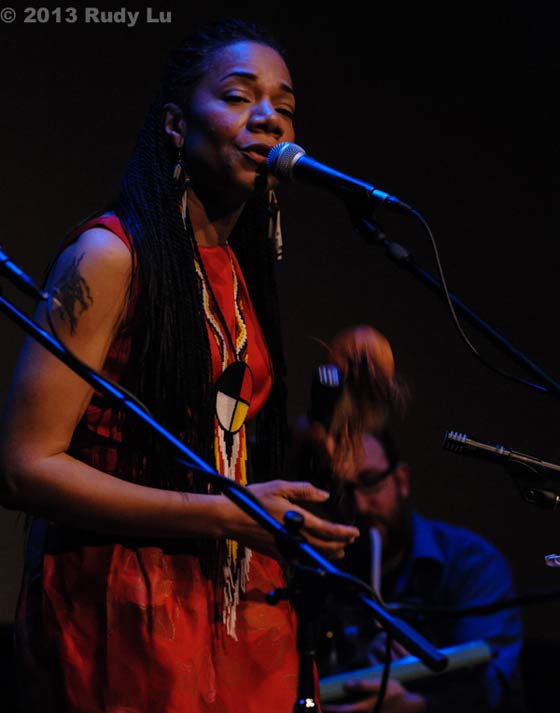 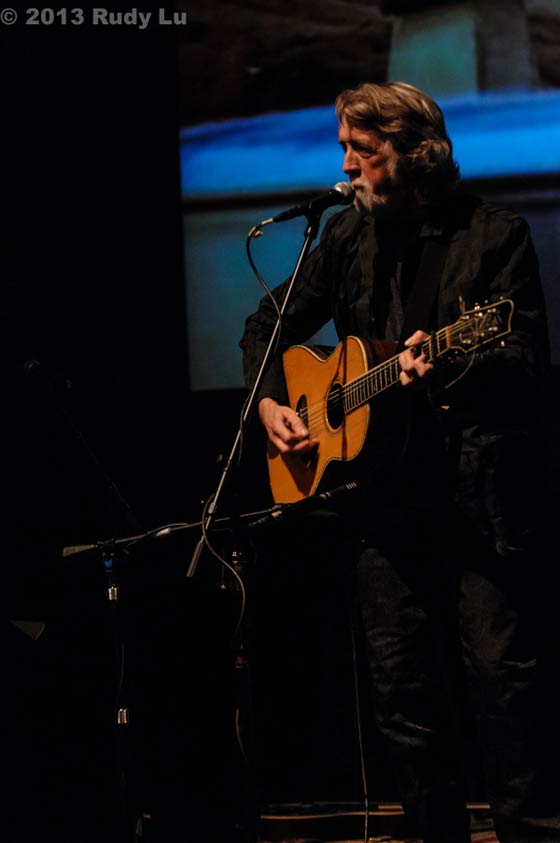