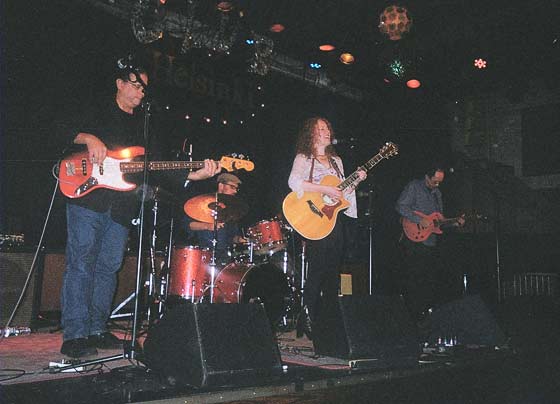 The only fools on the first of this month were the ones who stayed in on the hospitable Monday night – they must have been wary of getting pranked. Why else would they have even dared to miss two stellar sets by the Kirsten Thien Band, for FREE, at the best place to hear live music in the area?

Although based in NYC, Kirsten Thien is no stranger to our area, having played Alive at Five last summer as the opener for Dickey Betts & Great Southern. Some may also recall her rocking Albany several times at the now defunct Savannah’s, back when superfan Laura Paigo was running the cozy venue. The crowd in Hudson may have been initially small, but Thien and her band played Club Helsinki as if it were standing room only, which hopefully will be the case the next time around. A major vocal and songwriting talent, Thien is one best appreciated in person.

Her veteran band – bassist Erik Boyd, guitarist David Patterson and drummer Dyan Wissing – established a funky blues mood for the evening with a fine take of “Cissy Strut” by the Meters, with the club’s co-owner, Cameron Melville, sitting in on Hammond B-3. After Melville departed, Thien bounded up to the stage with acoustic guitar in hand. Brushing back her red hair, she stepped to the microphone for strong takes on “Nobody’s Ever Loved Me Like You Do” and “Love That’s Made to Share” from her recent album, Delicious.

Thien introduced a new composition, “The Sweet Lost and Found,” as a song about “the joy in the journey” of being a working musician on the road. Blending Nashville and Memphis sounds with understated backing vocals by Boyd and Patterson, it captured the poignancy of finding the note that makes a crowd roar with approval or a bandmate smile when the groove is on. Dialing back to 1967 for Aretha Franklin’s hit “Baby I Love You,” Thien showed tremendous range and inspired a very animated yet tasteful solo from Patterson, who was in top form all evening. Two Thien compositions, “Please Drive” (a sexy yet clever plea for designated driving) and “Is This the Love?” were equally impressive. Thien’s blues roots run deeper than most young singers on the scene today, as robust performances of Bessie Smith’s bawdy “Wild Women Don’t Have the Blues” and Freddie King’s emphatic “I’d Rather Be Blind” demonstrated.

Set two was just as satisfying, and the growing number of patrons who dropped in added to the fun. Wissing and Boyd captured the innate woozy groove that makes Bob Dylan’s “It Takes a Lot to Laugh, It Takes a Train to Cry” elusive to so many bands; Melville played some wonderful flourishes, Patterson played some scalding slide, and Thien owned the lyrics. Reading Buddy Guy’s acclaimed 2012 memoir inspired Thien’s latest composition, “After I Left Home”; she introduced the song of perseverance with the hope that the recent Kennedy Center honoree would cover it in the near future (NOTE to Buddy Guy: Sir, you need to record this song). Songs from her two albums informed much of the second set, drawing a strong response from the growing crowd. Brought back for an encore, a prowling, ecstatic Thien, her band and Melville lit up Stevie Wonder’s “Superstition,” prompting a throng of dancers out onto the floor like it was a carefree Friday night.

THE KIRSTEN THIEN BAND SET LIST
Cissy Strut (The Meters)
Nobody’s Ever Loved Me like You Do
Love That’s Made to Share
Sweet Lost and Found
Baby, I Love You (Ronnie Shannon)
Please Drive
Is This the Love?
Wild Women Don’t Have the Blues (Bessie Smith)
A Woman Knows
Hold on to Me
I’d Rather Be Blind (Freddie King)
INTERMISSION
It Takes a Lot to Laugh, It Takes a Train to Cry (Bob Dylan)
After I Left Home
Say It Out Loud
Thank You for Saying Goodbye
Treat ‘im Like a Man
Sugar Sweet (Mel London; arrangement by Freddie King)
I Got a Man
You’ve Got Me
ENCORE
Superstition (Stevie Wonder) 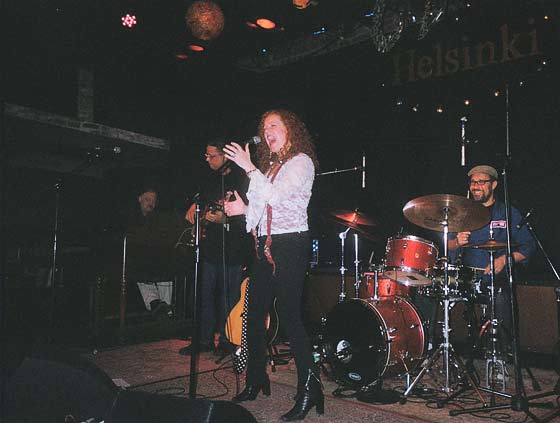 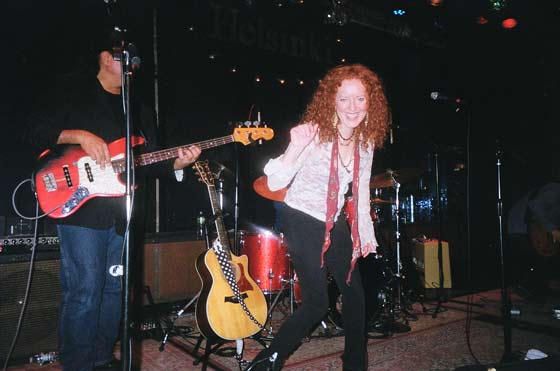