Given a choice, I’ll take new jazz over old jazz. To my mind, anything that moves the music forward should get all the love it can. But last Saturday night, I needed to get back to the basics, to the roots, and get a big juicy cleansing shot of the pure. For me, that’s hard bop, which added nice sharp teeth to a sub-genre that reflected this country’s energized post-World War II mentality. Thankfully, Michael Benedict & Bopitude are dedicated to not only showcasing this music, but also making it as electrifying as it was back in the day.

Besides my need to flush out the avant-garde rubbish that had clogged up my soul the night before, there were two other reasons for checking out Bopitude’s latest appearance. First, this group sounds big at festivals and concert halls; in a small venue like the Van Dyck’s upstairs concert space, they’re absolutely massive – and that was before they added the second reason for seeing this band: Baritone sax master Gary Smulyan, who’s got a sound that shakes whatever floor he’s standing on. Benedict’s sextet has a weapons-grade front line, and I had a front row seat. What’s more, when I came in off the street, people who’d attended the first set were buying tickets for the second set, so I knew this was going to be a sweet time.

This group isn’t bashful – but then, neither is hard bop. So rather than ease us (and themselves) into the second half of the evening, Bopitude blasted out of the blocks with the Sonny Stitt roarer “Eternal Triangle,” complete with three-part black-belt harmony from Smulyan, trumpeter Chris Pasin, and tenorman Brian Patneaude. If I’d had hair, I would have looked like I was in that old Maxell TV commercial. (It’s on YouTube, kids, just like everything else!) Smulyan took the first solo, and although he was a beat behind to start, he quickly grabbed the chorus by the throat and made it behave. A woman who saw the first set said Smulyan could take Gerry Mulligan’s chair in the post-Desmond Dave Brubeck Quartet, and that’s not hype – that’s truth. Smul was off the chain on this night, and when he and Patneaude started trading 8’s (and then 4’s), I must have looked like a pink jack-o-lantern.

I credit Bopitude for taking Patneaude’s growth curve into the sub-orbital phase, because hard bop demands that a soloist lets his or her inner tigers out for a run. When he took his solo spot on “Eternal,” Patneaude made it full and funky and all his, and he hit the opening solo on Hank Mobley’s “Infra-Rae” right over the center-field fence. On the flip side, Patneaude’s experience in big bands like Empire Jazz Orchestra and Big Soul Ensemble lets him slide in behind other soloists and give them the support they need. He joined with Smulyan to make Pasin’s solo on the J.J. Johnson ballad “Enigma” glow a little bit brighter. Pasin used a mute on “Enigma,” but his powerful sound was only slightly hindered; he was in full sail on Nat Adderley’s “Work Song,” busting out an attack that rippled with muscle.

All these riches would have done me fine, but there was a new twist to Bopitude on this evening. Given the size of the Van Dyck stage, there was no way you were going to see the kind of grand piano hard bop requires; and addict though I may be, a Fender Rhodes just doesn’t cut it in this environment. Enter guitarist Paul Meyers, who has played and recorded with major artists like Ron Carter, David Sanchez and Frank Wess (who worked with Pasin in the Toshiko Akiyoshi/Lew Tabackin Big Band). Meyers played acoustic guitar, which (at first blush) seems like bringing a knife to a gunfight. On the contrary, the acoustic sound both lightened and tightened Bopitude’s sound. It was a good substitute for a hollow-body electric on the hard-edged material, and cooler tunes like “Enigma” and Gary McFarland’s “Train Samba” were right in Meyers’ wheelhouse. Meyers helped polish off the evening with a brooding in-the-clear solo that led into a bluesy take on Thelonious Monk’s “Round Midnight.”

While all this crunchy goodness went down, Michael Benedict just took care of business. He linked up once again with bassist Mike Lawrence to give this music he loves the kind of runway-smooth concrete-and-steel foundation it demands. It’s hard to remember this when it’s summer and we’re knee-deep in multi-stage festivals, but this music began in small clubs like the Van Dyck. Benedict’s commitment to keeping this music alive – and yet, making Bopitude more than just another repertory effort – is a palpable driving force that feeds off the brilliance of his players, even as they are inspired by these iconic compositions. For someone like me, who’d been swimming in precocious-cum-pretentious muck 24 hours before, this was a long cool drink from a natural spring. 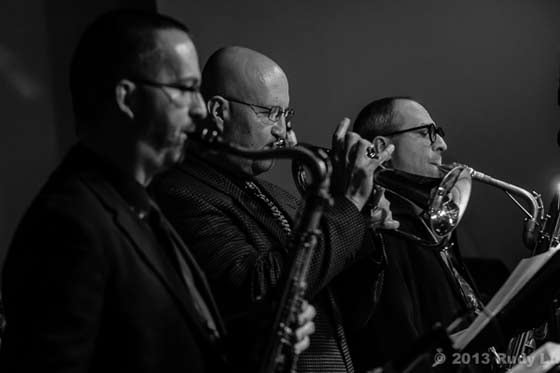 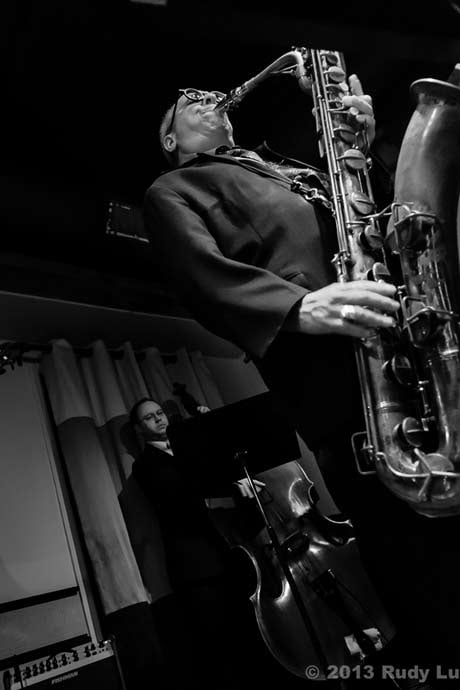 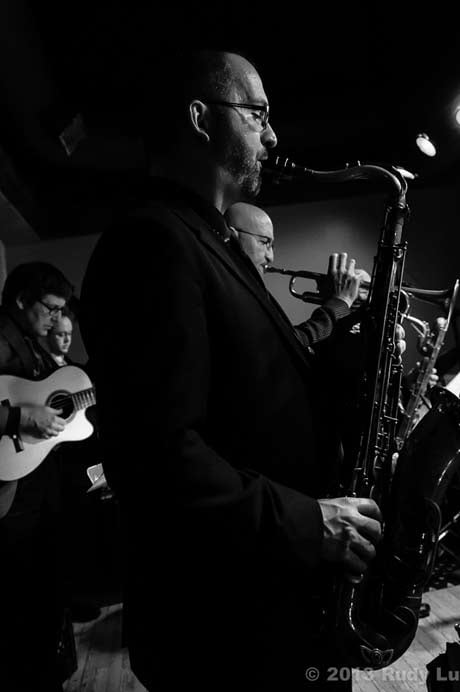 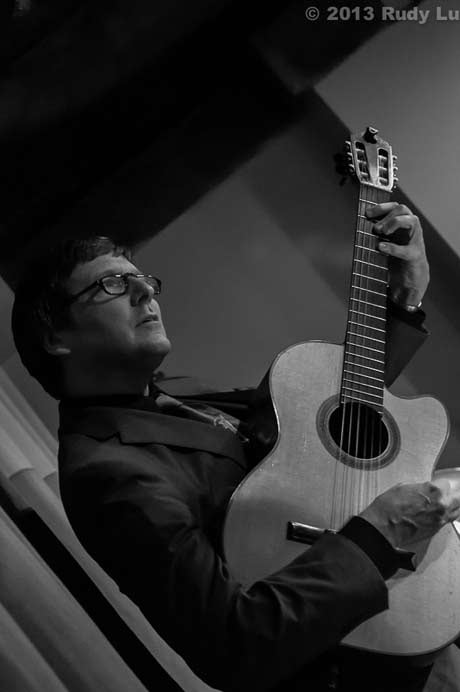