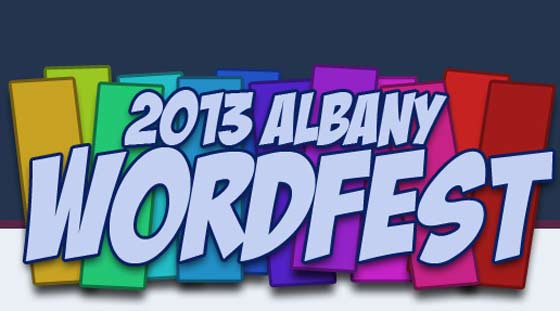 April is National Poetry Month, which means that Albany Poets is presenting their annual Albany Word Fest, which is taking place this week at a variety of venues throughout Albany.

Here’s the round-up of Albany WordFest events around town this week:

8pm: Poets Against Fracking @ the Upstate Artists Guild, Albany. A night of poetry and spoken word by Band of Bards, a community of Binghamton area writers, artists and activists who have turned their talents toward helping to preserve their community against the threat of hydraulic fracture gas drilling in New York State and beyond.

WEDNESDAY (APRIL 17)
7pm: “Louder Than a Bomb” @ The Linda, Albany. A screening of the critically-acclaimed documentary film about passion, competition, teamwork and trust. It’s about finding your voice. It’s also about poetry. Followed by a panel discussion and performance. FREE.

BUT WAIT… there’s more. We’re giving away a pair of FREE TICKETS for Saturday’s Word Fest Invitational Slam to some lucky Nippertown readers! To enter the contest, just post a comment below. Please leave your email address, too. We won’t publish it, but we’ll use it to contact you if you win. Deadline to enter is 12noon on Saturday (April 20). The winner will be selected at random and notified on Saturday afternoon. Good luck!

Holiday Lights Show Virtual in 2022, Moves to Altamont Fairgrounds in 2023