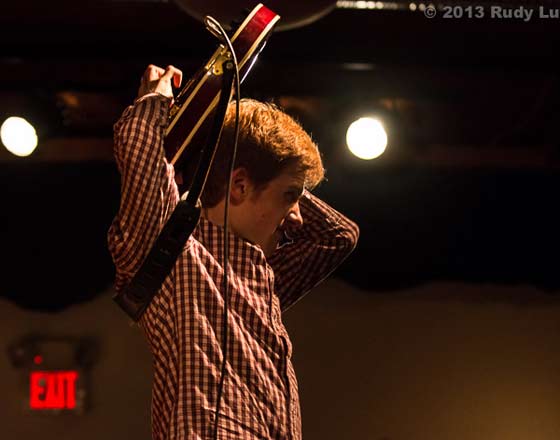 Sixteen-year-old musical prodigy Myles Mancuso rocked the house at the Falcon in Marlboro during a recent midweek performance. Frequent performers at the Falcon – as well as throughout the mid-Hudson Valley and NYC – the band features a solid line-up of Mancuso performing both on guitar and keyboards, along with keyboardist Jeremy Baum, bassist Brandon Morrison and drummer Chris Reddon.

The band proved to be quite versatile, playing blues, R&B, Cajun, rock covers and originals. The quartet is obviously influenced heavily by the sound of Jimi Hendrix, as well as old-school R&B.

Myles dazzled the audience with his guitar and keyboard pyrotechnics, as well as some serious blues showmanship.

Which is not to take away anything from the band… Reddon provided a solid, pounding backbeat, along with flourishes and fills reminiscent of Mitch Mitchell. Baum utilized his solo opportunities to great advantage, both on piano as well as organ. And Morrison laid down a solid foundation for the band, also serving up quite an imaginative solo when he was given the chance.

Catch this band when you get a chance. You will certainly leave the gig with a smile on your face. 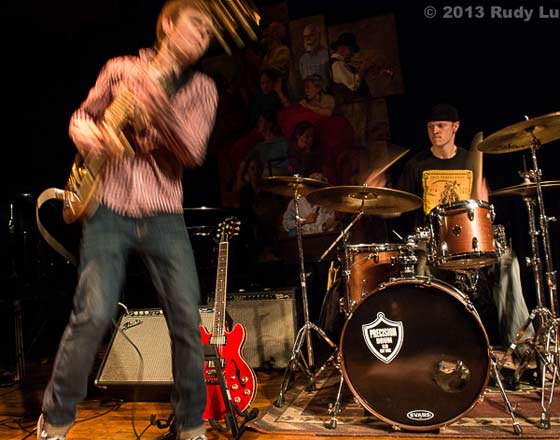 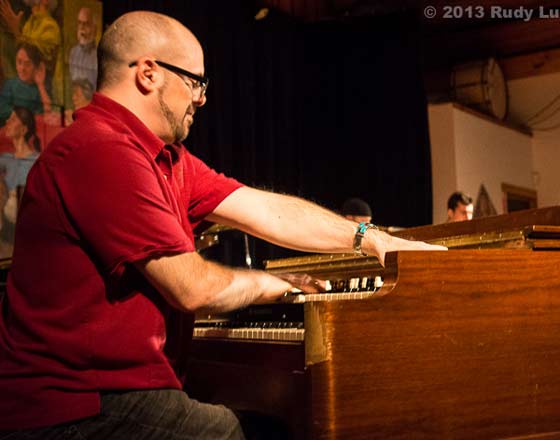 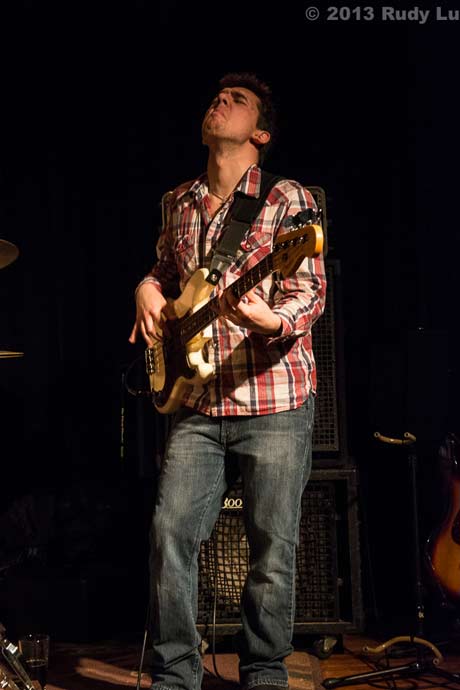