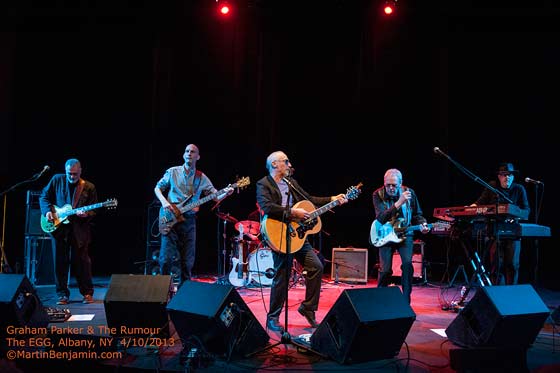 The E Street Band. The Attractions. The Caledonia Soul Orchestra. These are combos talked about in hushed, reverent tones. They hold keys to secret doors. They know the combination to the safe.

True, the angry little ex-pat has written some remarkable songs. He has British soul to spare. And he can make an evening pop, especially in front of a band like the Figgs or the Rumour. But there’s a reason he’s never risen to the heights of his heavyweight peers. He’s just really, really good; not great.

At The Egg in April, with the reconstituted Rumour behind him, Parker almost dazzled. His new songs (like the title track to 2012’s Three Chords Good) sounded as tight as his classics, and late Rumour numbers like “Stupefaction” (the evening’s most rambunctious tune) gained oodles from the band’s muscular swing. But the man known for squeezing out sparks didn’t quite start a fire, even if “Get Started, Start a
Fire” came close.

The band, however, simply killed, especially on vintage pieces like “White Honey,” “Watch The Moon Come Down” and “Local Girls” (with Bob Andrews’ distinctive keyboard swirl shooting by like a bullet from 1979). Another Brit, Robert Fripp, once said music is the cup which holds the wine of silence. In that regard, Martin Belmont’s clinging to a frosty Big Gulp of pinot noir. Belmont, unlike every other idiot with a six-string, only plays the right notes and lets the others rest. Brinsley Schwarz picked up a few of those, balancing out a two-guitar attack for the ages. And Mekons drummer – that’s right, I said Mekons drummer – Steve Goulding kept the traps working in service of the beat, with as much discipline, reason and righteous rock and roll abandon as Belmont.

Oh, and Graham Parker was there, too. Knocking. 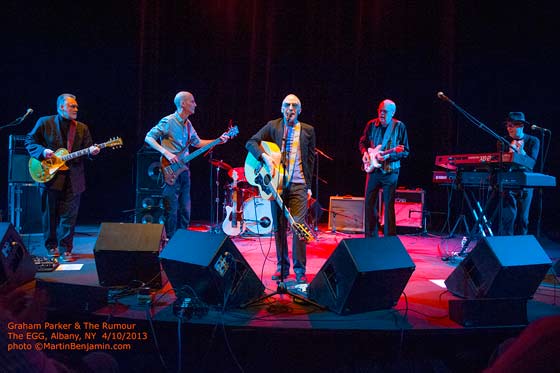 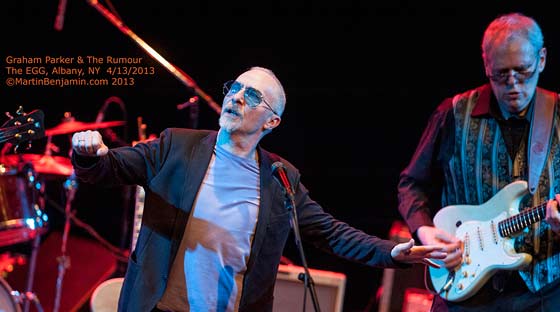 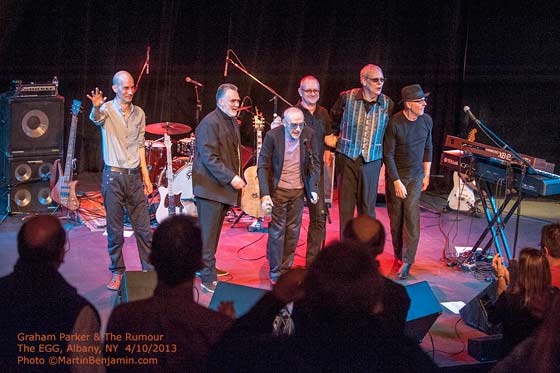