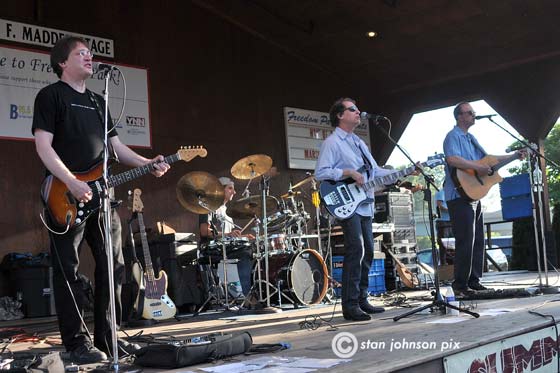 Whatever the reason, the capacity of the amphitheater at Freedom Park was at dancing-room-only, and even that space was full of kids.

To be sure, Hair of the Dog can get a crowd singing, clapping and dancing. This year the band is celebrating their 20th anniversary, and many of their CDs were available on the merchandise table, including Donegal, Release the Hounds, Liam Left the Lights On Again and Parting Glass (live). Band members Rick Bedrosian, Larry Packer and Michael DeAngelis also had solo albums available.

The set that fine night included many of the band’s best songs in their motivating mix of traditional and non-traditional Irish songs. Jigs, reels, drinking songs, folk, country and rock were all heard that evening.

The band could be hilarious, such as when singing the tongue-twisting lines of “Sarah, Sarah, sipping on a bottle of Schlitz.” But they could be sentimental, philosophical and melancholy in the sing-a-long, “All of the Hard Days Are Gone,” in the lines, “All of the hard days are gone, it’s all beer and whiskey and songs from now on. Laugh at the darkness and dance until dawn. All of the hard days are gone.” Yet nobody was crying in their beer, because there was no beer. Still, the band roused the crowd in a final dance with the pub classic, “What Can You Do With A Drunken Sailor?”

With fine music, great weather and ice cream from Jumping Jack’s, it was an excellent way to start the season on the banks of the Mohawk. 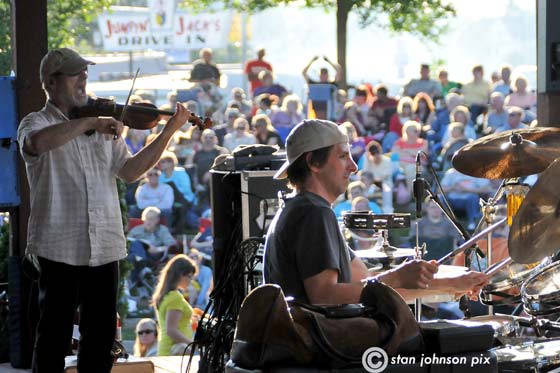 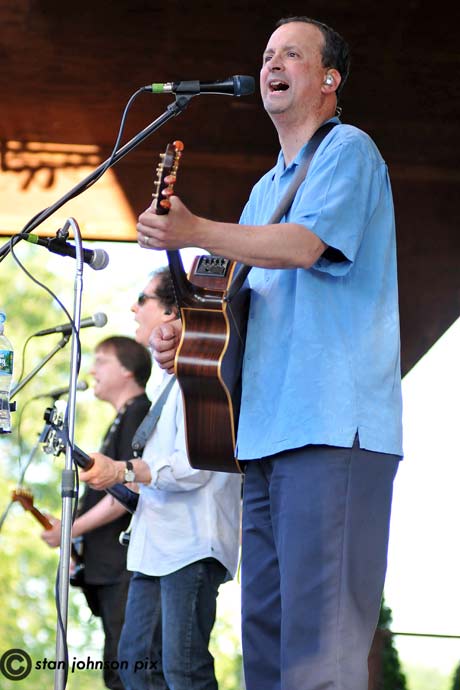