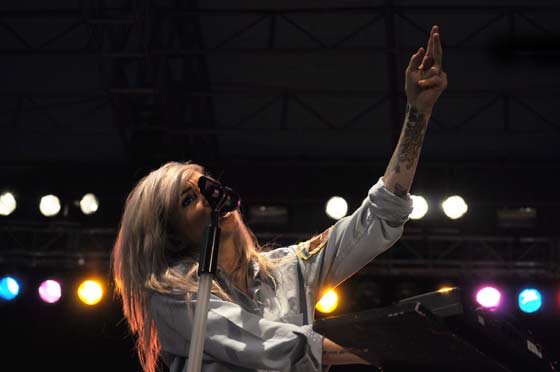 Review and photographs by Jess Ayotte

On Saturday, Manhattan’s Central Park hosted Canada Day International 2013, a festival of events held to showcase the best of Canadian music, culture, food and attractions. This year, Canadian artists performed at Central Park’s Summer Stage in Rumsey Playfield, a City Parks Foundation that offers over 100 free concerts throughout the summer.

Headlining the celebration was electro-rock singer/songwriter Lights. Originating in Toronto, Lights released her debut album, The Listening, in 2009, introducing the Canadian music scene to a new blend of alternative rock and synth pop. After receiving the 2009 Juno Award for New Artist of the Year, Lights’ popularity spread across Canada and into Europe. In 2011, she released Siberia, featuring a more mature sound than her debut. More recently, she released Siberia Acoustic, transforming 10 of the 14 tracks from Siberia into acoustic melodies with a transitional sound from the original songs.

Back on May 14, Lights performed at NYC’s Bowery Ballroom, playing all acoustic songs in a tranquil and composed setting. Since everyone was seated, there was not much energy from the crowd, but Lights picked up the energy on stage. Although the set-up was out of the ordinary, she managed to put on a powerful and engaging performance that left me satisfied with the experience. After seeing Lights back in May on her Siberia Acoustic tour, I wasn’t too sure what to expect from a live synth-pop performance.

When Lights took the stage on Canada Day, I was interested to see if she could put in the same amount of energy on stage that her non-acoustic songs bring to the listeners. With a diverse crowd of older and younger faces, I had expected the younger audience to enjoy the show more than the older crowd. As soon as Lights started playing the first song, “Timing Is Everything,” you could hear almost every fan in the crowd singing along, and nearly everyone young and old was engaged either watching or dancing to the performance.

Playing a variety of songs from both of her albums, Lights brought an enthusiastic and compelling show that everyone at Canada Day seemed to enjoy. Along with being engaged with her songs, she made the live performance more personal by interacting with fans in between songs. She also covered “Heart of Glass” by Blondie, a throwback that everyone could sing along to. Putting her own electro spin on the original, Lights was able to creatively cover the song with her powerful and uplifting vocals and unique instrumentals.

Another song that shook the crowd was “Toes” from Siberia. Just when the fans thought they knew every lyric to the song, Lights stunned the crowd with strong vocal solos that enhanced the overall live experience, and was a crowd-pleaser for everyone listening. After fans chanted for more, Lights hit the stage for a final encore song of “Banner,” dancing from one side of the stage to another, and finishing the last verse to the song standing on the speaker system facing the crowd. The overall energy and talent of her performance was enough to leave even the most opinionated critic satisfied. 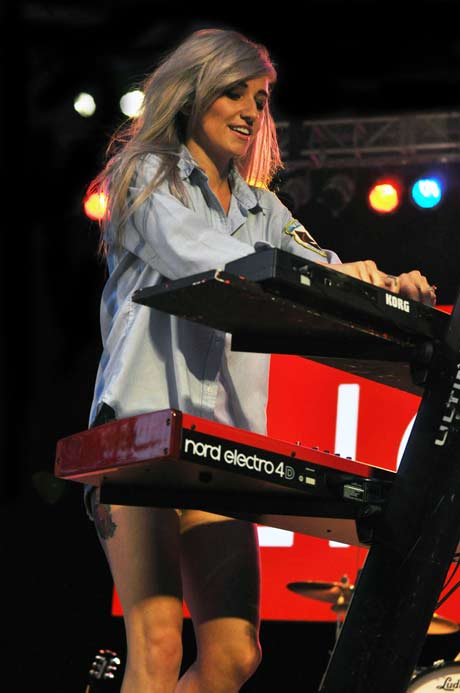 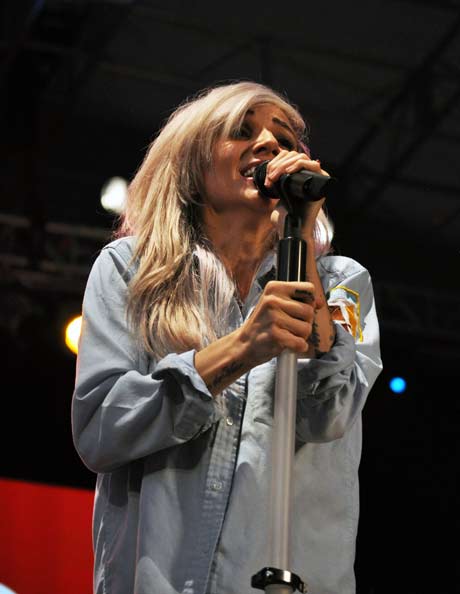