Got a Band? Get in the Game… 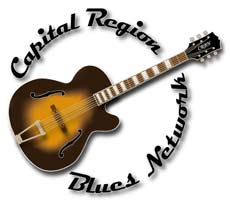 If you’ve got a band that’s looking for exposure (and aren’t we all?), well then this is the time to get off your butts and do something about it. Here are three golden opportunities right here in Nippertown:

BLUES BAND SHOWDOWN
The Capital Region Blues Network is sponsoring the second annual Blues Band Showdown, which will be held at WAMC’s Performing Arts Studio at The Linda at 7pm on Saturday, August 3.

The winner of the showdown will represent CRBN at the International Blues Competition in Memphis in January 2014, in addition to receiving, $500 cash, paid headlining gigs at Lake George’s Shepard Park and Fuller Roadhouse Grill and guitar set-ups for each guitarist and bassist in the band.

Deadline for entries is 12midnight on . UPDATE: The deadline has been extended to Monday, July 22.

Jazz bands interested in competing should GO HERE for complete rules and an application form.

The winner of the competition will earn the opening act slot for the Albany Riverfront Jazz Festival on Saturday, September 7, as well as the 2014 Sculpture in the Street Garden Party ($500 stipend).

UPDATE: The deadline for entries has been extended to Thursday, July 25.

RESTORATION FESTIVAL
OK, this isn’t a competition, exactly. But if your band would like to be part of the fourth annual Restoration Festival at the Contemporary Artists Center at Woodside in Troy on Friday & Saturday, September 6 & 7, well, then this is your chance. For the first time, the Rest Fest folks are accepting applications from bands who would like to perform.

Just GO HERE to fill out the application form.

Deadline for entries is Wednesday, July 31.