“The Taffetas” at the Theater Barn: Jukebox Musical About Four Singing Sisters [Berkshire on Stage] 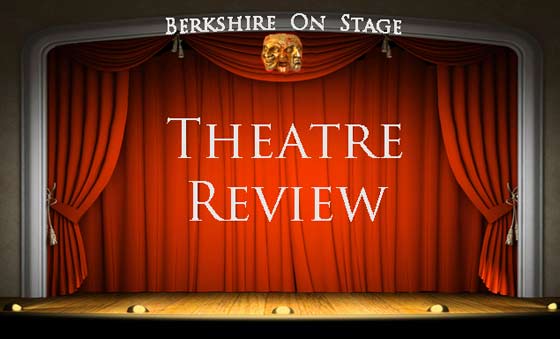 The Taffetas, a jukebox musical about a quartet of singing sisters making the television debut in 1956, is often billed as the female version of Forever Plaid, although it predates that off-Broadway phenomenon by two years. But it lacks the heart and the fun of the Plaids, and fails to individuate the characters or give you much of a reason to care about them. Kay, Cheryl, Donna and Peggy are all pretty and sing sweetly. The songs, the majority of which are reduced to medley form, are nostalgic. There was nothing unpleasant about the evening, but nothing memorable either.

Bert Bernardi’s staging of the original 1988 script on Abe Phelps’ bright and uncluttered set is very nice. Nice girls singing nice songs for ninety minutes. Good musical direction by Victoria Casella, who plays the piano and doubles as the girls’ “Cousin Vicky” for a couple of gags. Roger Mason on bass and Ian Tucksmith on percussion round out the on stage trio of musicians. Allen Phelps mentioned the purchase of new hanging microphones, and I did notice an improvement in the sound balance. The girls are not body miked – thank God! – and the standing mikes they use are merely props.