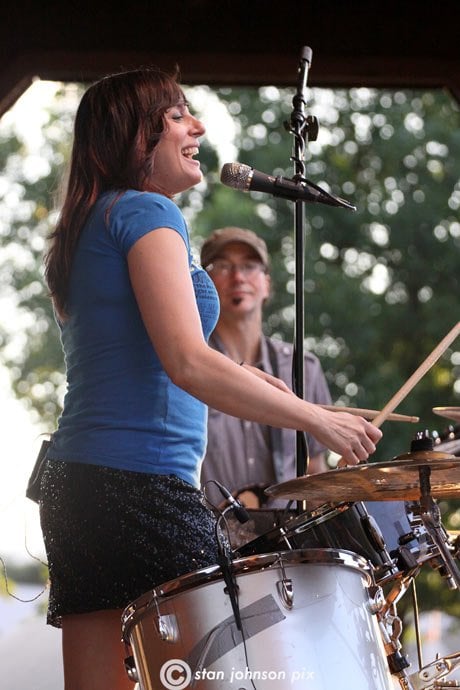 Sirsy returned to Freedom Park in Scotia last week in what has become a popular annual tour stop for the two-person band.

But catch them while you can – at Gaffney’s in Saratoga Springs on Sunday (August 4) or Wiswall Park in Ballston Spa on Thursday (August 8), for instance – as they’re heading back out to the west coast later this month, including stops at the Viper Room in Hollywood, the Pumphouse in Witchita, and the Skylark Café in Seattle.

The tours promote the band’s latest Funzalo Records release, Coming Into Frame, produced by Grammy-winners Paul Kolderie and Sean Slade, who have worked with Radiohead, Hole and the Pixies.

In Scotia, Sirsy played to a near-capacity crowd, including lots of young dancers on the outdoor floor in front of the stage. At one point, Rich jumped off the stage to join the dancers and involved one young man, who looked to be about two-years-old, in helping play his Rickenbacker guitar.

The duo also dipped into their back-catalog to play songs from Revolution (such as “Mary Concetta,” written for Melanie’s grandmother), and they served up a few covers, too, including Tom Petty’s “Last Dance With Mary Jane.” 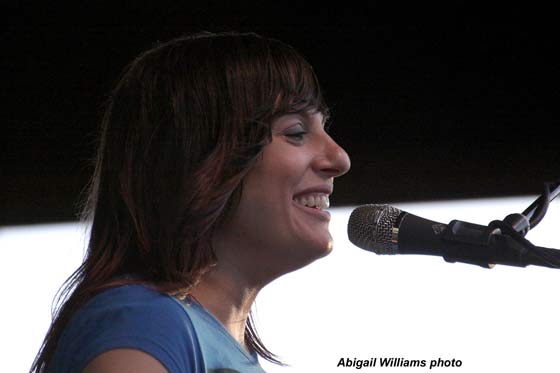 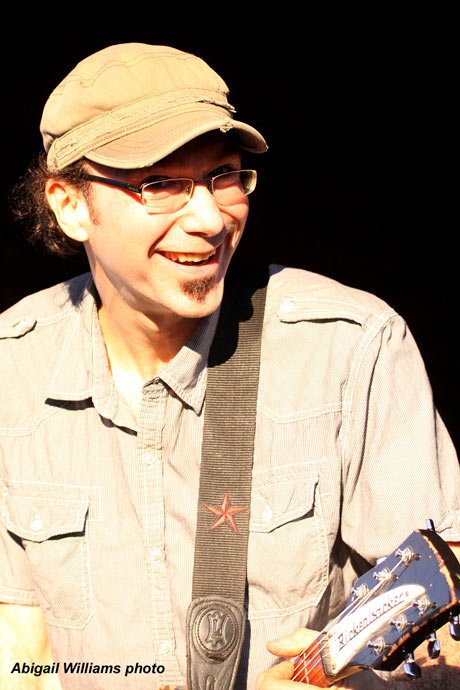 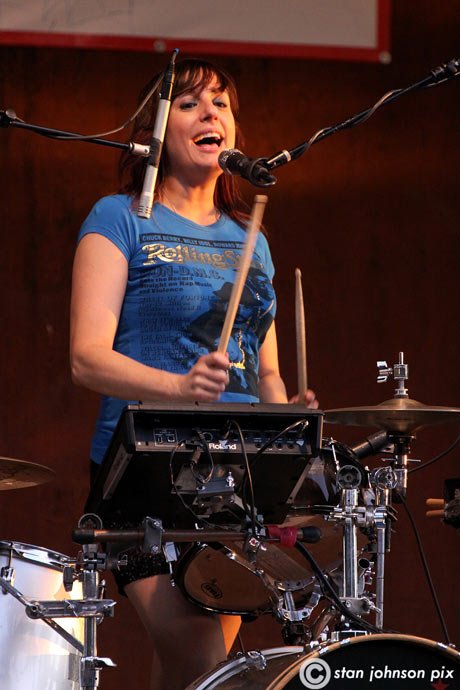 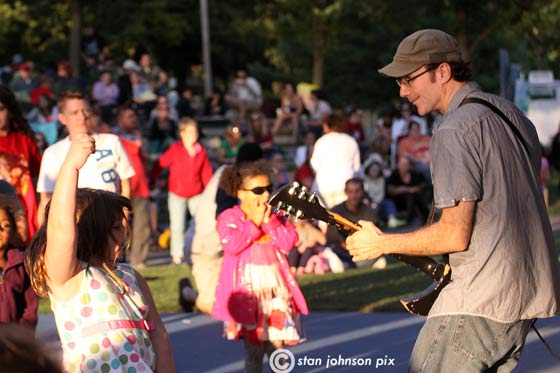