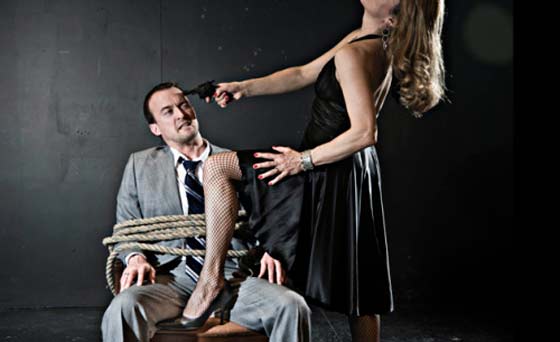 There are some plays that you have to talk around, rather than about, because to say exactly what is going on would be to take the surprise out of a thrilling evening of theatre. Such is the case of Accomplice, a British comedy mystery that has more twists and turns than a Berkshire byway. Like Mousetrap and Deathtrap, the audience is asked to be mum about what happens on stage as well, and it is surprising how willing people are to play along.

So here is what we can tell you, direct from the Shakespeare & Company announcement which manages to skirt revealing any details in a news release that is 1,000 words long.

The thrill of not knowing

Shakespeare & Company will begin their Fall & Winter Season with this explosively exciting and comedic affair. A daring and sexy thriller, this British comedy is one twisted knot of tension, sure to delight and entertain.

CD: The Last Conspirators’ “A Celebration of Fury”