Three new homegrown hip-hop albums are dropping around Nippertown this weekend, and here’s the info on where the parties are: 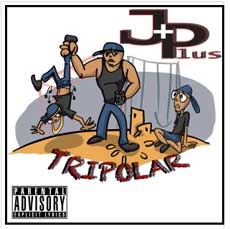 JPLUS
Friday (October 18), 9pm
Red Square, Albany
$10 in advance; $13 at the door; first 50 will get the new albums by JPlus & Sin-City FREE
with Sin-City (see below), MIRK, the Ameros, Knowle’ge, Jaja Gibore, Ghostryder, Nerezza, Appocalypz
JPlus’ sixth solo album, Tripolar, explores the three personas J has created to survive his childhood in the post-industrial urban ghetto. Jessie is a hopeful, intelligent young man who wants to have the same opportunity to succeed, regardless of color, creed or culture. JPlus is entrepreneurial and confident — the Urban King — whose street-smarts allow him to escape the toils of the ghetto. Muzzle Off is the third, the darkest,and most ruthless, the metabolite of societal churning: he is a hateful monster who stews in blame — blame towards a world that stole his humanity and forced a personal choice between poverty or violent crime. 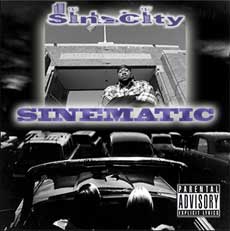 SIN-CITY
Friday (October 18), 9pm
Red Square, Albany
$10 in advance; $13 at the door; first 50 will get the new albums by Sin-City & JPlus FREE
with JPlus (see above), MIRK, the Ameros, Knowle’ge, Jaja Gibore, Ghostryder, Nerezza, Appocalypz
The art of captivation is no mystery to virtuoso rap artist and poet Sin-City (Matthew ‘Sincere’ Benson), whose raw vocals on his debut solo release, Sinematic, reveal the depth of his upbringing. A cross between Barry White and Flesh-n-Bone, Sin-City dishes out his rapid-fire, subwoofer-pulsating lyrics to create edgy, insightful music. After a stint in jail, Sin overcame the odds and proved that he’s not just another “Statistic,” having found a better way with music.

ORIGIN
Monday (October 21), 4-8pm
Mio Vino Wine Bar & Bistro, Altamont
FREE
It’s a listening party for Highly Effective, the new album by Albany elementary-school teacher Jeremy Dudley, who performs under the name Origin. The event also doubles as a rally to support teachers and protest standardized testing and other problems with public education that Dudley criticizes on his new album, particularly in the song “Stop This Madness.” There will be complimentary hors d’oeuvres and teacher-themed drink specials.