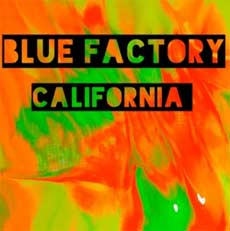 A new, slightly smaller version of Blue Factory is stepping back into the spotlight with their third album, California, and they’ll be celebrating with a happy hour CD release party at Valentine’s Music Hall in Albany at 6pm on Friday (November 1). Doors open at 5pm, and admission is $10, which includes a free copy of the new CD.

Following the departure of Mike Hayes, the band decided to carry on as a power trio featuring brothers Jim Crawley (guitar, vocals) and Joe Crawley (drums) and bassist-guitarist Jim Temple, and now they’re about to drop their new album on the Kranepool Records label. The nine-song album was recorded at Edie Road Studios in Argyle, produced by Barry Breckinridge and engineered by Marc Fuller.

Here’s the track listing for California: