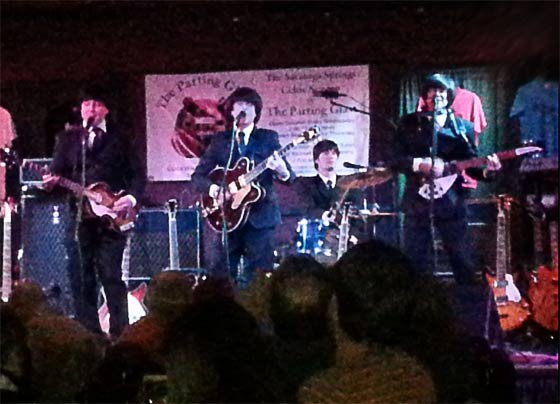 Review and photographs by Lisa Gandia

Cheers to Hey Jude… The Tribute for their fab Beatles concert — good ‘til the last drop —in the Parting Glass, the famed Irish pub in Saratoga Springs. The band performed in concert on Saturday, November 9, in celebration of the 50th anniversary of the release of With the Beatles, and the pub was alive with fans clapping, singing and dancing along to their memorable hits. The faux Fab Four – plus one more – featured Tom Raider as John Lennon, Brad Jarvis as Paul McCartney, Rick Bedrosian as George Harrison, Don Ackerman as Ringo Starr and Rich Coogan as Billy Preston, and all gave a stunning Beatles performance.

Raider’s genuine personality and outgoing stage presence contributed to his overall audience appeal. He looked, sounded and acted just like Lennon himself. His spectacular solo of “In My Life” revealed a more introspective side to his musical presence, aside from his usual light-hearted personality and humorous anecdotes.

Bedrosian did an outstanding solo of “I’m Happy Just to Dance With You.” Moreover, the fabulous guitar collection lining the stage wasn’t just for looks – he played each chord sequence with focus and precision to accurately match Harrison’s renditions to perfection.

Ackerman’s drum skills added musical depth, which blended with the intricate guitar and keyboard ranges. His rendition of “Yellow Submarine” encouraged fans out of their seats, who gladly sang and danced along to the whimsical lyrics.

Coogan on the keyboard added a unique layer of alternating rhythm and tone, which contributed to the overall flow and pace of the songs. He is a key element in adding musical variation.

Their authentic appearance from hair to toe – consisting of matching suit sets and polished boots – embodied the Beatles ’60s class-act style. The humorous dialogue between performers showcased the genuine Beatles chemistry that comes to them so naturally on and off stage. Their fan table was piled with Hey Jude… The Tribute shirts and hats for sale, so fans could take home concert memorabilia.

Outside, the Saratoga air may have been bitter cold that evening, but inside, the Parting Glass was filled with warmth from the lively audience and energetic band. The band was such a hit that cheers for an encore performance could be heard resonating among the crowds and into the streets.

NEXT: Hey Jude… The Tribute will be stirring up more Beatlemania nostalgia as part of the city-wide First Night Saratoga celebration on Tuesday, December 31, performing at 6, 8 & 9pm at the Saratoga City Center. 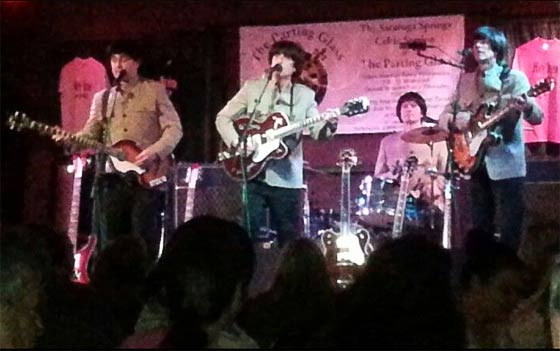 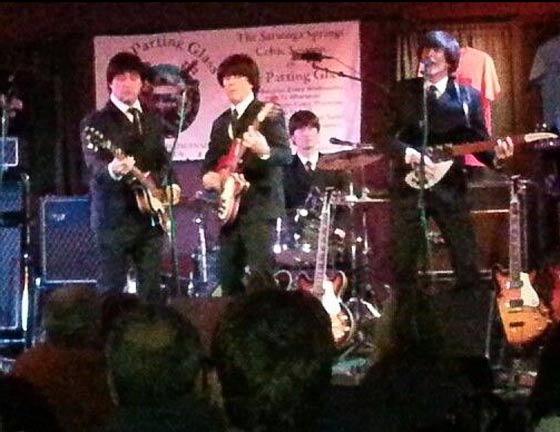