It was a marriage made in heaven, at least for those of us who love the slide in all its forms. The king of the slide guitar meets the queen of the dobro, with no other accompaniment.

Sonny Landreth, from the Lafayette, Louisiana area, has played with a veritable who’s-who of rock and blues guitarists – from Mark Knopfler to Eric Johnson – who appear throughout several of his albums. His command of the slide guitar is like no other. Using a series of guitars, tuned to different keys, he can play both complex melodies and rhythms. This is done while achieving different sounds by picking both ahead of and behind his left hand, which is alternating between perfectly pitched slide positions and using the other fingers as well as any blues guitarist.

Cindy Cashdollar, originally from a little south of here in Woodstock, has played with her own share of luminaries, including Levon Helm and Bob Dylan. Along the way, she has earned five Grammy Awards.

The evening at The Egg started quietly with Sonny strolling out onto the stage alone for a few warm-up instrumentals, including one of his better known songs, “Zydeco Shuffle.” After the conclusion of “the highbrow” portion of the show, he launched into “Broken Hearted Road,” using the slide to follow the melody he was singing, giving it an old-time feel, right out of “O Brother Where Art Thou.” Cindy joined the fun for “Blues Attack” as they traded solos, each appearing to revel in the others interpretations. The evening continued on like this as Sonny traded guitars and Cindy switched between a pair of lap steels and a dobro. The highlight, for me, was “A World Away,” which was as hot and swampy as his Louisiana home. The lack of rhythm section wasn’t noticed as both Sonny and Cindy kept up percussive picking between their searing solos.

The talent of each seemed to push the other as they dueled back and forth. While it was a very friendly competition between the two, it was the mostly full audience in The Egg’s Swyer Theatre that were the true winners. After the show, both took time out to sign autographs in the lobby. 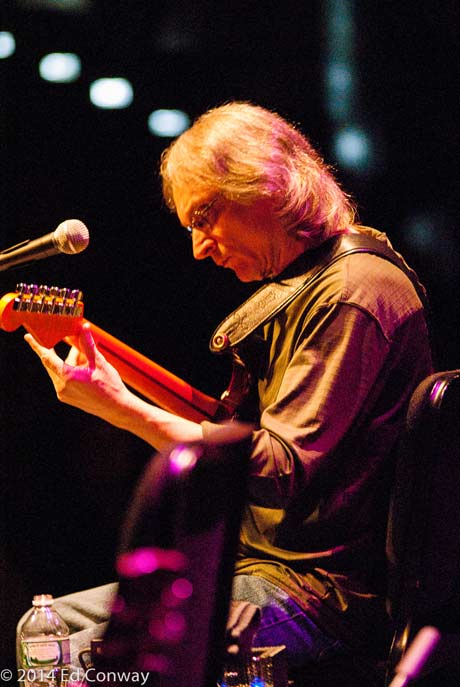 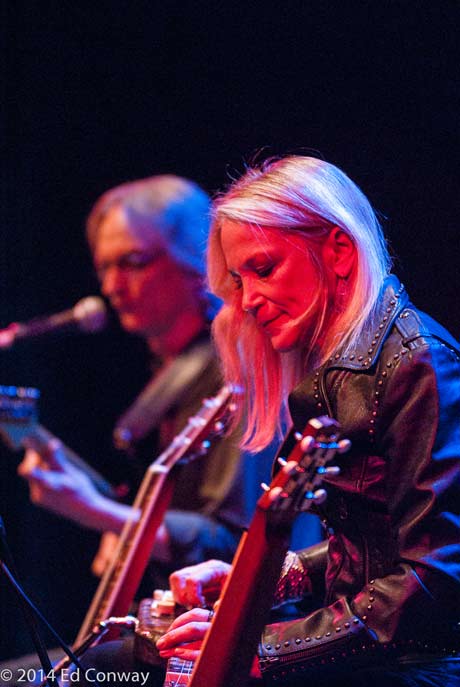 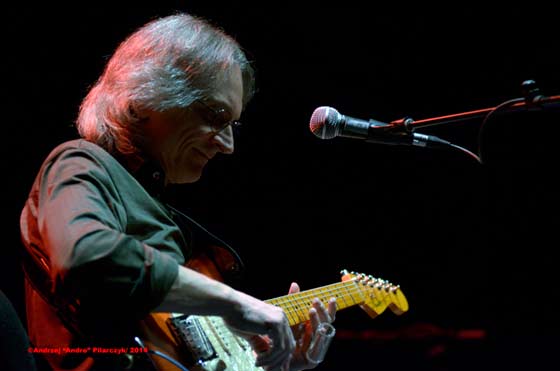 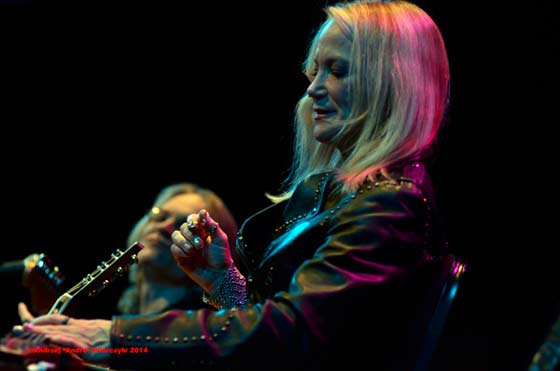