The Low Down on the Low Beat: The Doors Are Open 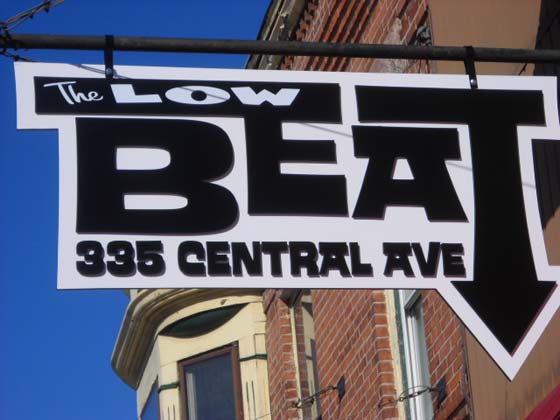 And let the music begin…

Yesterday (Tuesday, February 11) at 5pm, Howe Glassman turned the key and kicked open the door to the Low Beat for the first time… just a couple of days after he shuttered the doors to his former nightspot, the beloved Valentine’s Music Hall, for the very last time on Saturday night. OK, it was really Sunday morning…

At the Low Beat on Tuesday, patrons were serenaded by the velvety, underground sound of Warhols Woodshed, and there’s a whole lot more music (and other events, too) on the calendar over the course of the next couple of weeks.

Here are a few of the shows that have already been lined up for the Low Beat:

Tonight (Wednesday, February 12): The Deadbeats (and every Wednesday)

Tuesday, February 18: Nitty Gritty Poetry Slam (and every other Tuesday)

Saturday, February 22: Alarms & Controls with Poor Lily and Eye and I

February 28: Blockhouses with the Piggies and Party Boat

Tuesday, March 18: Porches. with the Slaughterhouse Chorus and Soft Powers

Friday, April 18: Nixon’s Spirit with Karsyn, the Ameros and the Elements