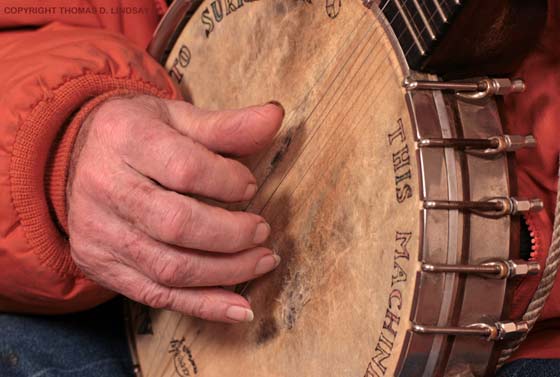 You could call him a folksinger, but his influence stretched far beyond the realm of folk music. You could call him an American music icon, but his life’s work was so much more than just his musical career. Longtime Beacon resident Pete Seeger passed away last month, but his music and his achievements in civil rights, environmental issues, social activism and just plain old humanism will resonate well into the future.

He knew well the power of song, and his life’s mission was to get America singing.

A number of upcoming events will help to pass on Seeger’s message to future generations. Here are a few of them:

SATURDAY (FEBRUARY 22), 8pm
“How Can I Keep From Singing!”
Symphony Space, NYC
UPDATE: This show is sold out.
At this fundraiser for the Woody Guthrie Center in Tulsa, Pete Seeger will be honored posthumously with the inaugural Woody Guthrie Prize, to be given annually to honor an artist, activist or thinker who has made a significant contribution to causes that continue the legacy of Woody Guthrie. Of course, Pete was all of those things and more, and prior to his death, he had been scheduled to accept the prize and perform at the concert. In his stead, Arlo Guthrie, Tony Trischka and special guests will perform.

THURSDAY, MARCH 20, 7pm
Peggy Seeger in Concert
The Eighth Step at Proctors, Schenectady
$26 in advance; $28 at the door; $50 VIP includes a post-concert meet-and-greet
On the heels of last season’s sold-out Mainstage performance with her brother Pete, Peggy Seeger returns to the Step for a concert all her own. Folksinger, multi-instrumentalist, pioneering feminist songwriter and prolific recording artist, Peggy has released 22 solo albums in addition to writing for film, television and radio.

DVD Review: (Kristina) Wong Flew Over the Cuckoo’s Nest – A Comedy About Depression [Berkshire on Stage]

“Move”: The Power of Dance on Screen at Berkshire Museum’s Little Theatre [Berkshire on Stage]