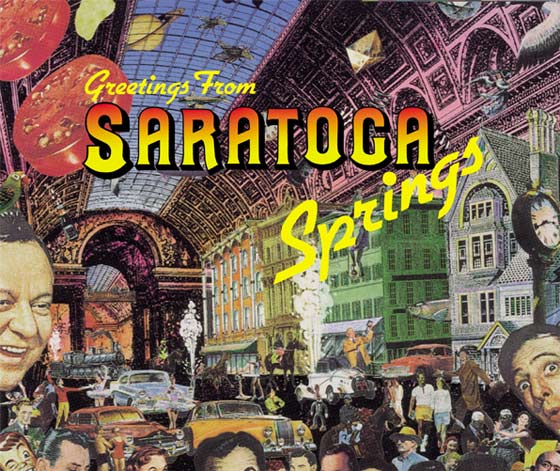 Described by Variety magazine as “a sort of avant-garde ‘Peyton Place’ without the angst,” the decidedly off-beat radio drama was broadcast around the country on many National Public Radio stations, but ironically not in its hometown of Saratoga Springs.

So to commemorate the 25th anniversary of “Saratoga Springs,” Lopez, a bunch of his friends and fellow audio explorers will take the stage at Caffe Lena in Saratoga Springs for a special live performance, a “Best of” featuring characters and sound clips from the series. The show starts at 7pm, and tickets are $15 in advance; $17 at the door.

If you can’t make it out to Lena’s on Sunday, you can also purchase podcasts of the series online or give at listen to select episodes at Saratoga Wire.