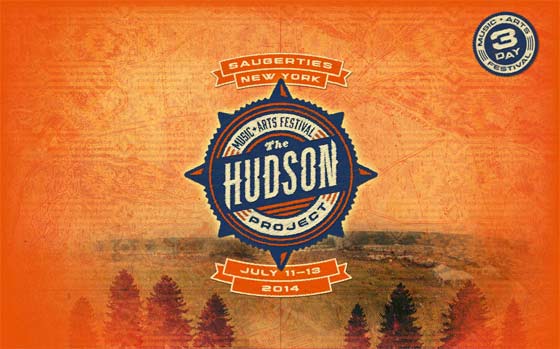 The name has changed, but apparently it’s full steam ahead for the big music fest planned for this summer at Winston Farm in Saugerties.

The Hudson Project, as it’s now being called, has also been downsized a bit from four to three days. The fest is now slated to run from Friday-Sunday, July 11-13, at the site of the 1994 Woodstock festival. Concert promoters MCP Presents announced that the fest will feature “the ultimate fusion of over 85 genre-defying musical acts.” The fest will feature four musical stages as well as an interactive performance area for local musicians and performance artists.

The fest – formerly known as the Hudson Music & Arts Festival back in January when word about the fest first hit the media – will also feature an art village showcasing regional arts and crafts, a selection of Hudson Valley gourmet foods, wines and craft beer, and a wide range of camping options.

“Our goal with the Hudson Project was the creation of a music and arts festival that also highlighted the beautiful area where the modern music festival genre was born,” said MCP Presents co-founder Brett Keber. “By offering camping with a genre-diverse lineup ranging from rock to pop, hip hop to electronic and more, we’re hoping to offer a great local option in the U.S. festival market.”

Promoters expect to draw 20,000-25,000 people to the festival — far fewer than the 350,000 who descended upon the Winston Farm 20 years ago for the Woodstock ’94 festival. The lineup of performers and information regarding ticket sales for the Hudson Project are expected to be announced by the end of the month.

PS: Last week it was also announced that Camp Bisco – which is also produced by MCP Presents at Indian Lookout Country Club in Mariaville – would not be held this year, presumably so that the producers can concentrate on the Hudson Project. According to the Camp Bisco Facebook page, “After much deliberation and tireless efforts to make Camp [Bisco] happen this year, we had to make the tough decision to take a year off. We will be coming back in 2015 with an amazing event that will cater to the needs, wants and wishes of Camp Bisco’s most faithful and valued attendees.”

ALSO READ:
What Is the Hudson Music & Arts Festival?

Win FREE TICKETS to the Phantoms @ Steamer No. 10 Theatre on Saturday