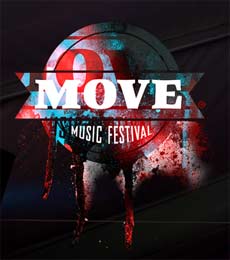 And, yes indeed, nearly 100 bands/solo musicians are slated to perform at the third annual MOVE Music Festival. That’s a big bargain, no matter how you look at it. (GO HERE to find an alphabetized list of the bands and solo performers.) And nearly all of them are scheduled to perform on Saturday, April 26, when the action is slated to get underway at 3pm and continue until 3am.

While the fest is billed as a three-day fest, the schedule for Friday, April 25 and Sunday, April 27 consists of just one single-venue event each day, and they require an additional admission charge, not included in the basic festival wristband/ticket.

Stay tuned for further updates and a full festival schedule…

A Great Big Thank You to Metroland Readers