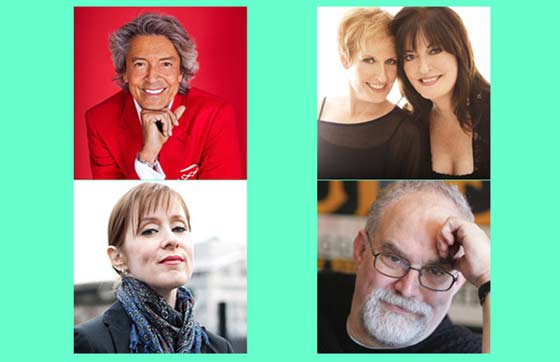 In addition to planning their spring through fall theater season, Barrington Stage Company has continued to program additional events that have a strong following among Berkshire theatre-goers. Two major additions to the schedule have just been announced by Artistic Director Julianne Boyd and Managing Director Tristan Wilson.

The 2014 Summer Concert Series on the Boyd-Quinson MainStage has added Celebrating the Music of William Finn on Friday & Saturday, August 29 & 30 at 8pm, and award-winning vocalist Suzanne Vega on September 12 at 8pm. They join the previously announced Tommy Tune in Taps, Tunes and Tall Tales on July 28 and the return of Liz & Ann Hampton Callaway in the Berkshire debut of their all-new show Here Come the Callaways on August 11.

Eclectic and Virtuosic Junction Trio to Perform at Union…