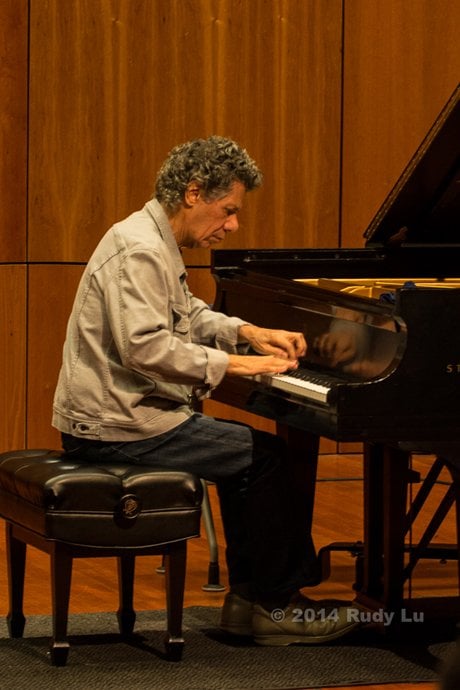 I haven’t heard it on any of WNYT-TV’s evening news reports yet, but the folks at News Channel 13 got quite an unexpected gift when jazz great Chick Corea composed a theme song for them during his recent concert at the College of Saint Rose’s Massry Center for the Arts in Albany.

It was everything that a good television news theme should be – catchy, full of energy and urgency, engaging and yet all business. And Corea didn’t even realize what he was doing…

The improvised composition came about during the second portion of Corea’s solo piano concert, when he went the furthest out on the limb. He offered a series of four “Portraits,” in which he invited an audience member up on stage to sit for him as he spontaneously created a personalized musical portrait for each of them. No mere audio sketches, the music was surprisingly full and rich, especially the final “Portrait” of the night – who just happened to be WNYT-TV news anchor Jim Kambrich. And while Corea asked a few questions of the other portrait-sitters before putting his fingers to the keys, he tackled Kambrich cold, without a clue. And he was dead-on.

The first half of the concert wasn’t quite as adventurous, as Corea warmed up for the evening with the sparkling Jimmy Van Heusen standard “It Could Happen to You” and a tasty, rippling arrangement of Antonio Carlos Jobim’s classic “Desafinado.” Then it was tribute time, and the 72-year-old pianist serve up a batch of “compositions by some of my heroes,” spinning through Bill Evans’ waltz “Very Early” and Thelonious Monk’s bouncy “Pannonica,” as well as Monk’s bluesier “Work.” And to showcase just how big his ears are he also dove into the Stevie Wonder songbag for “Pastime Paradise” and “Overjoyed” (laced with a hint of Latin flavoring) before offering the other side of the coin with a lilting rendition of Chopin’s “Mazurka in A minor.”

In addition to the “Portraits” section, the second half of the program focused on Corea’s own compositions beginning with “The Yellow Nimbus.” He rippled and rolled across the keys, building the mood from spritely to majestic and occasionally reaching inside the piano to pluck the strings for emphasis or a particularly percussive effect. He also offered a suite of seven of his “Children’s Songs,” short compositions imbued with youthful inquisitiveness, wonder and the spirit of playfulness. Just like Corea himself… 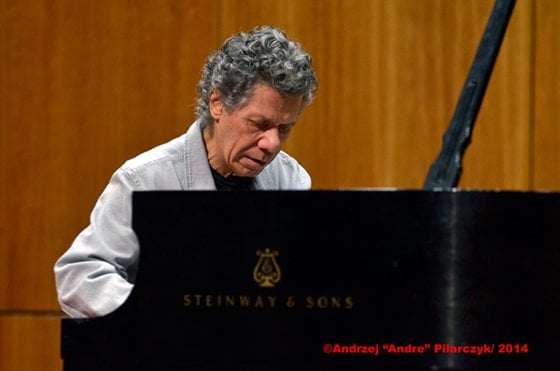 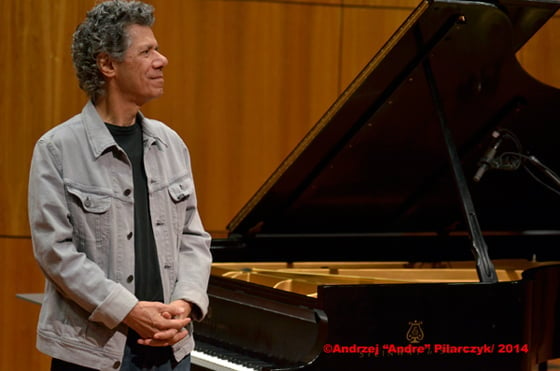