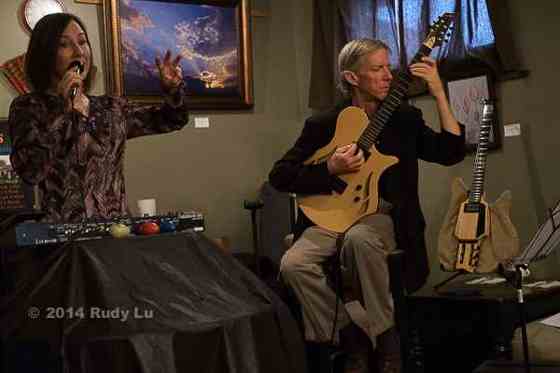 Kendra Shank and John Stowell have it right: Some of the best shows are when the size of the crowd allows the intimacy level to rise – not just between the crowd and the performers, but also between the performers themselves. It stops being a concert and becomes a bunch of friends hanging out. That’s what happened when the NYC vocalist and the Portland, OR guitarist performed selections from their new TCB release New York Conversations last Friday night (May 9) at Professor Java’s Coffee Sanctuary in Albany.

It was the last night of the duo’s East Coast/West Coast tour, and the expansion and exploration that the two old friends have conducted was in full view as they mixed elegant originals and eye-crossing improvisations with great takes on everything from Rodgers and Hart’s “Blue Skies” to Monk’s iconic “Blue Monk.” The bare-bones configuration had both musicians stretching their talents to the fullest, and Shank knocked the audience out with her burgeoning prowess on a “looping station” that allowed Shank to morph her voice into a vocal armada.

A medley of Woody Guthrie’s “Hard Travelin’” with the traditional “Motherless Child” treated with looping and electric guitar produced a unique yet somehow recognizable interpretation of these two folk songs. Kendra told us she had started out her career as a folk musician.

They also played original compositions, including the title track of their CD, in which Shank scatted through a litany of names of various Manhattan neighborhoods and landmarks, producing a dizzying musical jungle of sounds that clearly amused the audience.

NOTE: John Stowell will team up with Local 518 guitar master Mark Kleinhaut for a guitar duo performance at Speakeasy 518 in Albany at 9pm on Wednesday (May 14). 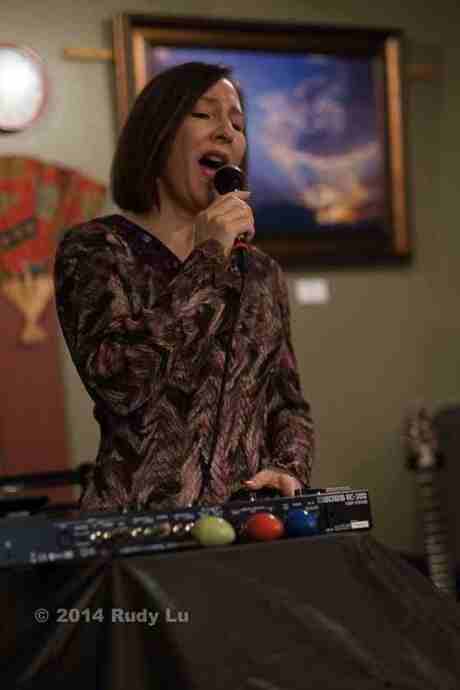 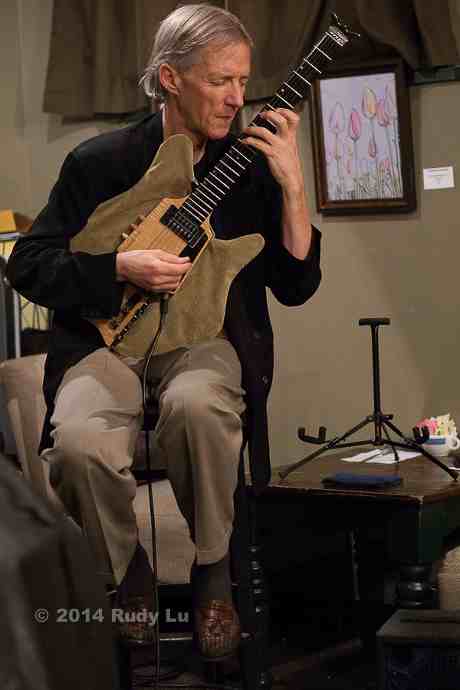 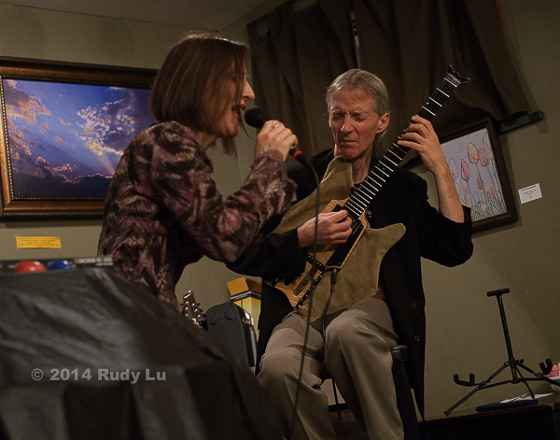