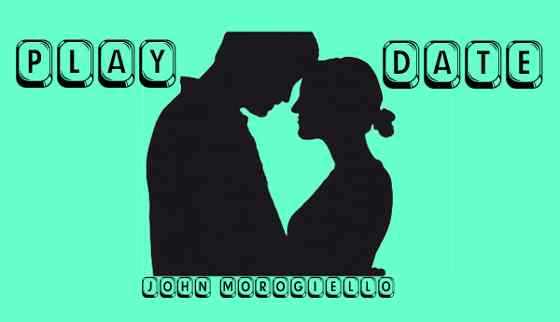 Larry Murray: In Play Date, when three couples decide to get to together with their children for some adult conversation while the young ones play, all seems normal enough. But from the moment the lights come up, the complications begin.

Gail M. Burns: You know, in my day a “play date” was called a cocktail party. They happened on Saturday evenings, and the parents had drinks and snacks while we kids ran amok. The premise here is that the kids get the drinks and snacks (expressed breast milk and free-range organic chicken cubes) while the parents run amok!

Quick plot synopsis – Blaine’s political ambitions ruin his wife Missy’s plans to have a “play date” not only for their son but for herself as well with washed up actor/stay at home dad Trent, when he announces that he’s staying home to campaign amongst the mommies. Missy quickly invites the divorced Carol and the impossibly perfect Deb (an endorsement from whose husband is the aim of Blaine’s political ambitions) and their offspring to join in, while Blaine invites the widowed Rowan, a British professor of literature, and his daughter to complete the gender balance. The parents’ needs and desires mix and mingle to create comic chaos while the unseen children disport themselves as children will, despite Blaine’s efforts to entertain them with his campaign power point. By the generally happy ending many problems are resolved and lessons learned, by the grown-ups, not the kids.

Larry: This play – a world premiere by Dramatist’s Guild member John Morogiello – demands a great deal from its cast of two players, the solid Jim Staudt who alternates in the roles of Blaine, Trent and Rowan, and the impressive Sandy York whose Missy, Carol and Deb are simply unforgettable. It’s not an easy task to play three essential characters so that there is no audience confusion.