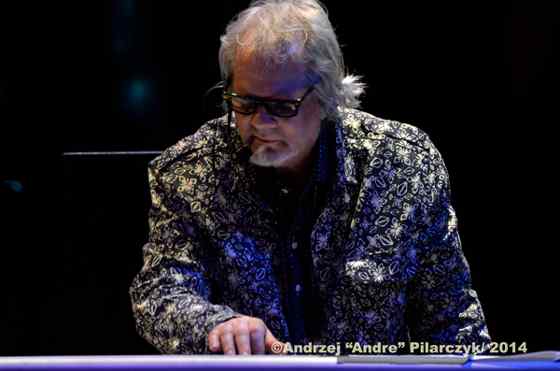 FULL DISCLOSURE: During my high school days, my family got our first pet cat, and I promptly named him Kooper. “That’s Kooper with a ‘K’,” I would proudly point out to anyone who asked. “Like Al Kooper.”

My feline companion passed away long ago, but Al Kooper is still going strong at the age of 70. He’s been a semi-regular at The Egg in recent years, and he’s never disappointed. This show – billed as “Al Kooper’s 70th Birthday Concert” – promised to be something a little extra special. And it was… even though Kooper eventually admitted that his 70th birthday was actually on February 5.

For years, Kooper was the musical Zelig, simply the coolest cat on the rock scene. He not only led such ground-breaking bands as urban blues mavericks the Blues Project and horn-rock pioneers Blood Sweat & Tears, but also traveled the road-less-traveled with his solo albums (check out 1968’s dizzying delirium, I Stand Alone) and helped shape pop music history with his session work (the signature organ part on Bob Dylan’s “Like a Rolling Stone.” Need I say more? OK, Jimi Hendrix, the Rolling Stones, the Who, the Byrds, B.B. King, Ravi Shankar…) and his masterful, behind-the-scenes production work (from the Tubes to Lynyrd Skynyrd to Rick Nelson and beyond).

NOTE: This has been the extremely abbreviated career round-up. If you wanna know more about Kooper’s astonishing recording resume, go here. And if you really wanna dig in, read Kooper’s fascinating, highly recommended autobiography, “Backstage Passes and Backstabbing Bastards.”

Kicking off the evening in solo mode, Kooper slid behind the keyboards for a pair of tracks from BS&T’s Child Is Father to the Man – Randy Newman’s sensuous “Just One Smile” and Kooper’s “I Can’t Quit Her” – during which he slipped effortlessly into an impressive falsetto.

He navigated his way over to a center-stage chair for his lone guitar performance of the night – shifting from a Hendrix instrumental intro in a swampified, Creedence Clearwater Revival-esque rendition of the Blues Project gem, “I Can’t Keep From Cryin’ Sometimes,” backed by the rhythm section of bassist Jesse Williams and drummer Mark “The Sherrif” Teixeira.

From there, Kooper and the band amped things up as they romped through a nifty soul-meets-classical arrangement of “My Hands Are Tied,” the blues nugget “I Wish You Would,” a totally funkified treatment of the Blues Project’s trademark instrumental “Flute Thing” and a rousing, full-audience sing-along rendition of the Stones’ “You Can’t Always Get What You Want,” among others.

Along the way, Kooper also told an extended tale about the differences between hip-hopsters the Beatsie Boys (good) and Jay Z (not so good), both of whom have sampled Kooper’s music in their own work.

That was 90 minutes into the performance, and I don’t think I was alone in expecting a “thank you and goodnight” from Kooper and his crew. But no, instead we got, “We’re gonna take a break, and we’ll be back with some surprises.”

Guitarist Doezman and the horns took the rest of the night off, but Kooper returned with his rhythm section, keyboardist Murray Weinstock and the addition of Conan O’Brien’s fave bandleader Jimmy Vivino for another 40-minute tribute to Kooper’s long-time friend and musical collaborator, the late great guitarslinger Mike Bloomfield.

Despite his long-standing distrust of record labels, earlier this year Kooper produced the sprawling 3-CD/1-DVD box set, Michael Bloomfield: From His Head to His Heart to His Hands for Sony/Legacy, and the second half of The Egg concert was a blues-heavy burn, focusing on selections from the Kooper/Bloomfield Super Session albums, beginning with a blues rave-up of “59th Street Bridge Song (Feelin’ Groovy).”

NOTE: If you’d heard Red Molly’s sweet, folksy, harmony-laden rendition of Simon & Garfunkel’s “Homeward Bound” at the Troy Savings Bank Music Hall, or John Legend’s towering gospelesque treatment of “Bridge Over Troubled Waters” at Proctors (both shows the night before Kooper’s concert), you would have never guessed that “59th Street Bridge Song” could have possibly come from the same source.

Vivino took over the bulk of the lead vocal work in the second half, including a pair of Dylan tunes (the go-for-the-throat slash-and-burn of “Highway 61 Revisited” and the show-closing “Like a Rolling Stone”), a scorching instrumental version of “The Weight” (dedicated to the late great Levon Helm) and a big blues blast of “Glamour Girl.”

Three hours of great (and still vital) music from a musician who was there at some of rock’s most historical moments.

AL KOOPER & THE FUNKY FACULTY SET LIST
Just One Smile (solo) (Randy Newman)
Medley: I Can Love a Woman>I Stand Alone>New York City (You’re a Woman) (solo)
I Can’t Quit Her
I Can’t Keep From Cryin’
Without Her (Harry Nilsson)
Green Onions (Booker T & the MGs)
My Hands Are Tied
I Wish You Would
It Takes a Lot to Laugh, It Takes a Train to Cry (Bob Dylan)
Flute Thing (retitled Funky Flute Thing)
I Love You More Than You’ll Ever Know
You Can’t Always Get What You Want (Rolling Stones)
INTERMISSION
AL KOOPER & JIMMY VIVINO SET LIST
59th Street Bridge Song (Feelin’ Groovy) (Simon & Garfunkel)
Albert’s Shuffle (instrumental)
Highway 61 Revisited (Bob Dylan)
The Weight (The Band)
Together ‘Til the End of Time
Glamour Girl
Like a Rolling Stone (Bob Dylan) 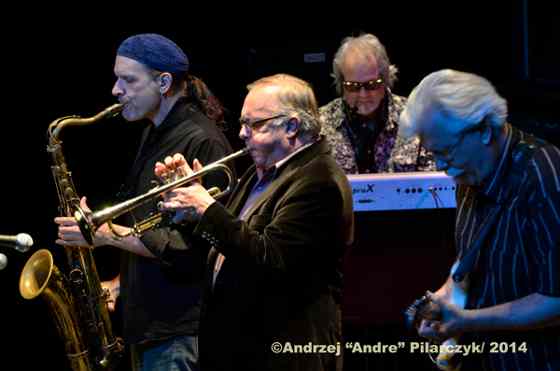 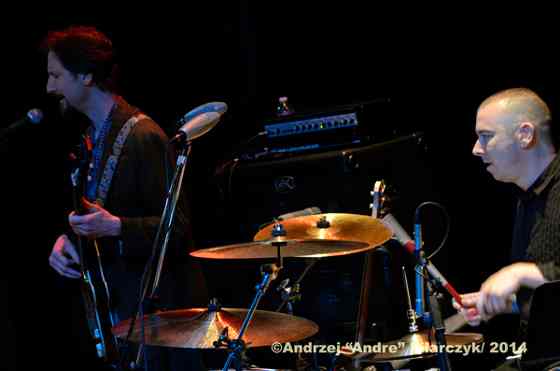 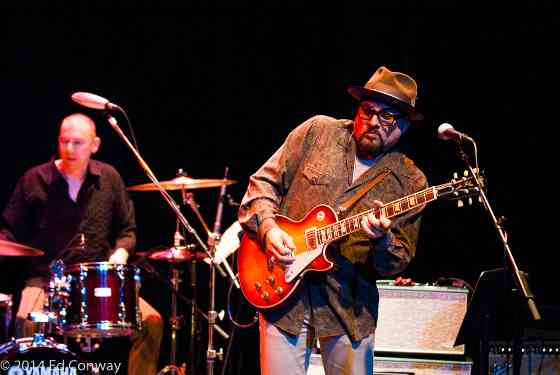 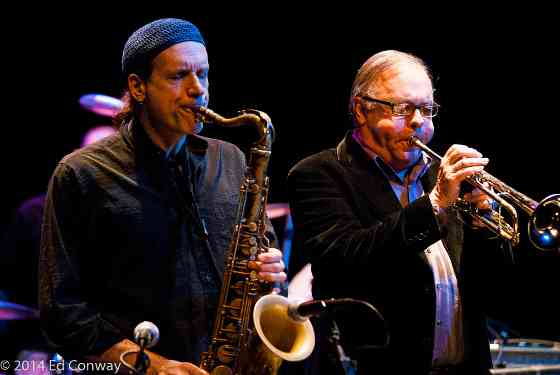 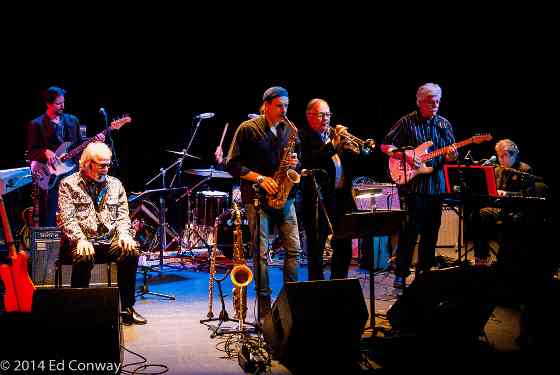 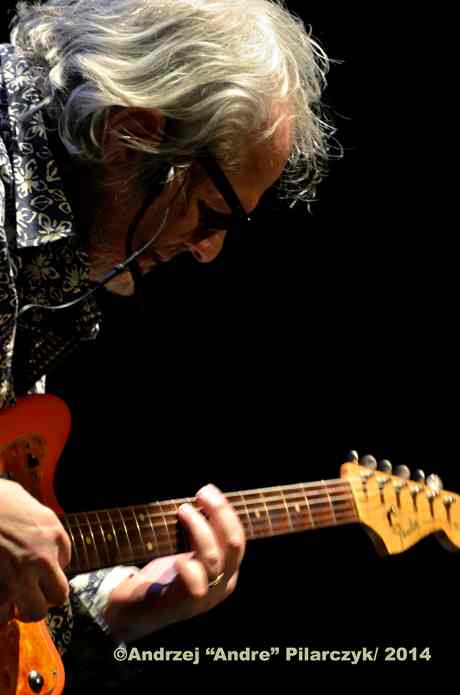