Joseph Arthur is a Renaissance man kind-o’-guy. He rolled into Caffe Lena and took over the famed Saratoga Springs stage recently in support of his new album, Lou, a collection of intriguing interpretations of songs from the catalog of the late great Lou Reed.

But in addition to his work as a musician – 10 albums and 11 EPs to his credit – he’s also an accomplished visual artist, and while the Caffe Manager Sarah Craig was introducing him, Arthur was already sketching out his next painting – onstage. You gotta admit, that’s something you don’t see very often…

Opening the show with a mighty impressive set was singer-songwriter Jonah Tolchin, accompanied by guitarist Danny Roaman. You can catch Tolchin in action at the Iron Horse Music Hall in Northampton on Wednesday, June 18, opening for Vanessa Carlton. 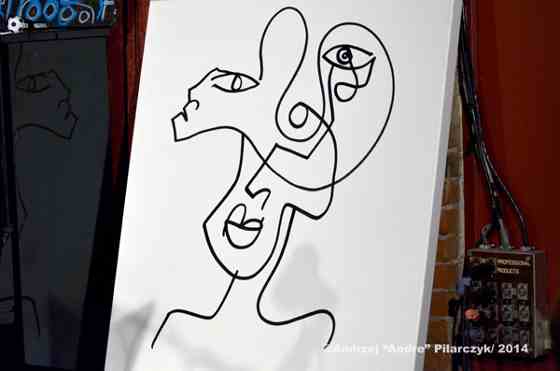