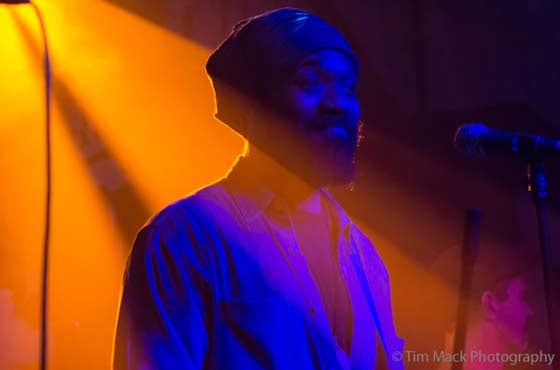 Review and photographs by Tim Mack

They didn’t kick things off and they weren’t the headliner at the Putnam Den. But they were worth a night on the town, just the same.

Sandwiched between a low-key acoustic opener from Eli Hargrave and the bombast of headliners Fishbone was Banooba. The New York City-based rock-funk-reggae-whatever band came out last Saturday night and ripped it up with a smile.

Frontman James Murden has a friendly swagger about him, and used every inch of the tight stage to his advantage, leaning off and playing off of the chair he kept by his mic. Meanwhile, on either side of him, guitarists Kevin Torres and Sean Larkin played with a cutting attitude you don’t typically expect from a jam band (if that’s truly what they are). And drummer Peter Cunningham had the fever, too. He couldn’t stay on his throne, jumping up to play at times, and always driving the night forward with bassist Kevin Sloan.

Their set was short, but packed more than enough energy to send the crowd home happy if that’s where the night had ended. Banooba has played the Den before, and they’ll probably be back again soon. No matter where they are on the bill, they alone are worth a trip to the club on Putnam Street. 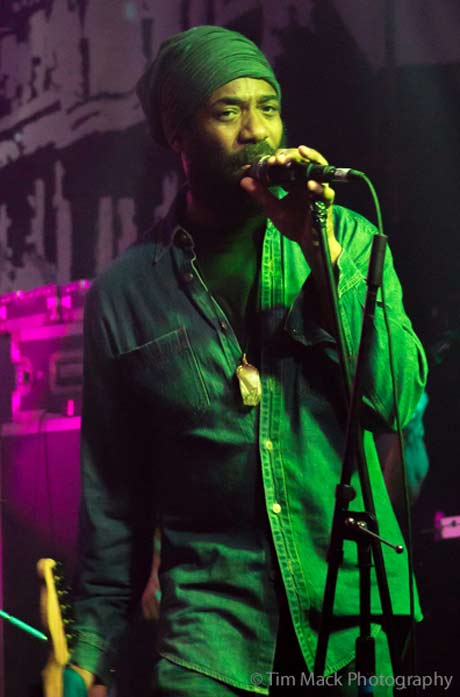 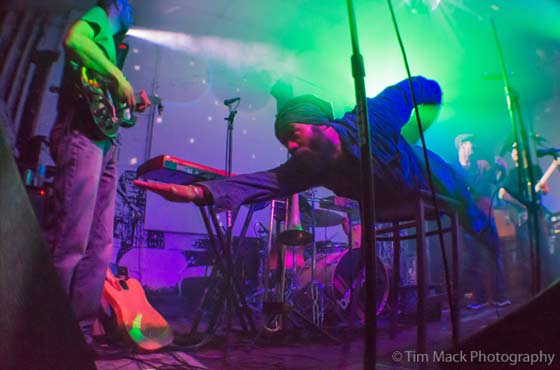