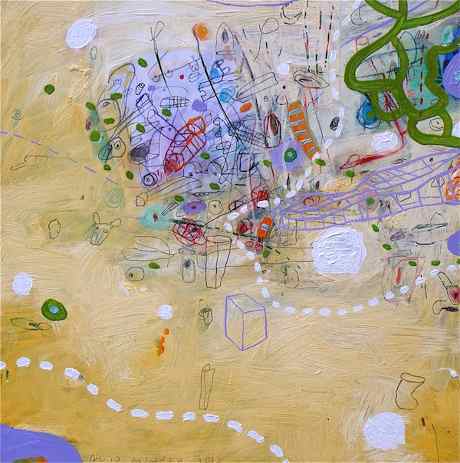 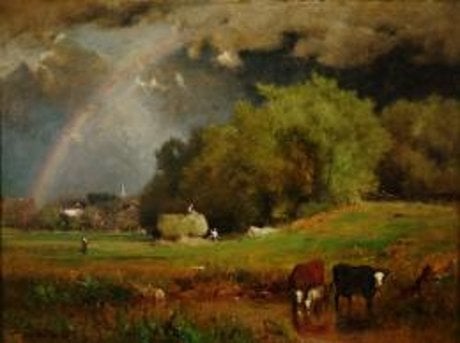 Darren Waterston: Uncertain Beauty @ MASS MoCA, North Adams. Painter Darren Waterston’s installation Filthy Lucre — the centerpiece of Uncertain Beauty — is a contemporary re-imagining of James McNeill Whistler’s 1876 decorative masterpiece Harmony in Blue and Gold: The Peacock Room, reconstructed as a sumptuous ruin. Inside, viewers will find Waterston’s re-interpretations of Whistler’s paintings, along with stalactite-like ceiling fixtures and crumbling shelving replete with 250 hand-painted ceramic vessels. Glaze will appear to ooze down the wall, and the shimmering central peacock mural will partially melt into the floor in a puddle of gold. A soundscape featuring voice and cello composed by the New York-based trio BETTY will be heard intermittently through the space, punctuating the silence with hauntingly beautiful reverberations. The installation hints at parallels between the excesses and inequities of the Gilded Age and the social and economic disparities of our own time. At the same time, the work raises questions about patronage and the relationships between artists, collectors, and institutions. Opens Saturday, March 8. Opening reception: Saturday, March 29, 5-7pm. Performance by Filthy Lucre soundscape composers, BETTY: Saturday, March 22, 8pm. Artist talk: Thursday, August 7, 6pm. Panel discussion presented in partnership with The Mount: Thursday, August 28, 6pm (Through February 1, 2015)
Share

Real Good For FREE: 4th of July at The Clark

Exhibition of Gordon Parks Photographs on Display at Albany Institute

Exhibition of Gordon Parks Photographs on Display at Albany…