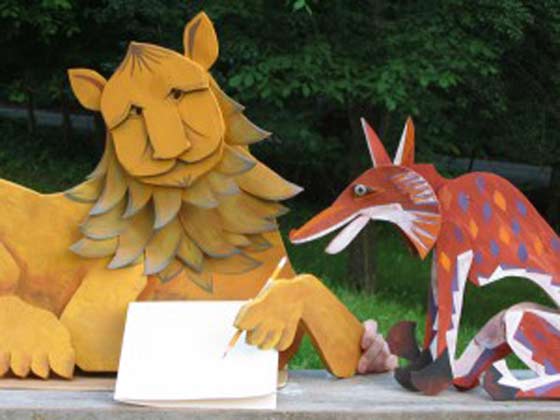 The Mettawee River Theatre Company has announced their summer touring dates for its 2014 production, The Dancing Fox: Wisdom Tales of the Middle East. Performances will take place at outdoor venues in upstate New York and nearby Vermont and Massachusetts, and are scheduled from Thursday (July 10) through Sunday, August 3.

The Dancing Fox, a reprise of a 2003 Mettawee production, is gathered from the shared folk traditions of Jews and Arabs, including the writings of Sufi mystics, along with fables and folklore of the region. In these tales we encounter some clever foxes, dim-witted fish, a vengeful snake and other colorful creatures, as well as a number of wise and foolish humans. New perspectives emerge from the comic twists and tragic turns of their adventures. A variety of masks, puppets and giant figures will be used to flesh out the particular realm of each tale.

Stephane Wrembel to Bring “Shades of Django” to the Linda, Dec. 3