Fab Celtic fiddler Eileen Ivers has been a longtime favorite with Nippertown audiences, having played at such concert venues as the Troy Savings Bank Music Hall and The Egg. So it was no surprise that a large crowd came out to see her play a free show, despite the fact that rain forced the concert to move from Central Park’s Music Haven to indoors at Proctors’ Main Stage.

While Ivers and her crack band – percussionist Tommy McDonnell, accordionist Buddy Connolly, guitarist Greg Anderson and bassist Lindsey Horner – certainly are rooted in Irish music, they also know how to hybridize with a deft touch (the Afro-Celtic mash-up “Paddy in Zululand”) and stretch out far beyond the Celtic music genre altogether, like their encore of the Allman Brothers Band’s “People Can You Feel It (Love Is In the Air).”

Opening act Annalivia – featuring mandolinist Flynn Cohen, guitarist Liz Simmons and fiddler Lissa Schneckenburger – not only did a fine job warming up the crowd, but also returned to the stage to jam with Ivers and her band at the end of the night. 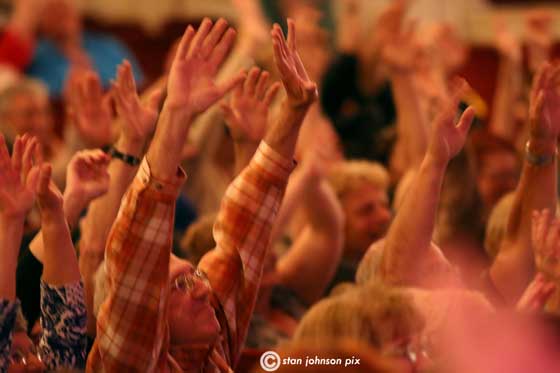