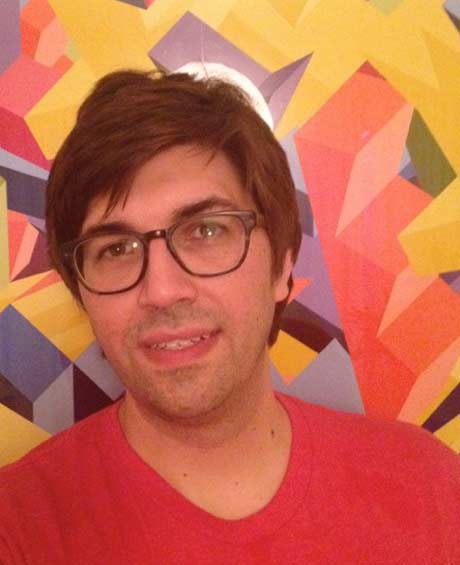 1. THE FIRST ALBUM I EVER BOUGHT WAS … I don’t know, but I’m sure it was something not so good. It might have been a Wang Chung cassette. I know people who will say, “Oh yeah, I listened to [cool band] back in grade school.” Not me. I listened to Weird Al, the Fat Boys, and the “RAD” movie soundtrack. Years later, the Columbia House CD Club would open new doors for me for buying terrible albums on a whole new format. But here’s the answer that you should print: “I bought the Replacements’ Pleased to Meet Me with money I made selling cigarettes at recess.”

2. THE FIRST CONCERT THAT I EVER SAW WAS … Elvis Costello and the Attractions. They were touring the Brutal Youth album.

3. THE FIRST MUSICAL INSTRUMENT I EVER OWNED OR PLAYED WAS … Alto saxophone. Played for several years, and once wowed my whole tiny grade school with “The Pink Panther Theme” at one of my recitals. I got a big ovation. You can ask my parents.

4. THE FIRST SONG THAT I EVER PERFORMED IN PUBLIC WAS … VU’s “Stephanie Says.” (I’d come a long way from my Fat Boys cassettes, although how great was their “Wipe Out” single!).

5. THE FIRST BAND I WAS EVER IN WAS … The Coronation. It was a well-organized recording project of all my songs, but in my head it was like a band. We eventually broke up.

Singer-guitarist Matthew Thouin leads the Troy-based pop-rock trio Great Mutations – also featuring drummer Ian White and bassist Mitchell Masterson – into the Low Beat in Albany on Friday (July 24) to celebrate the release of their debut album, “Cheap Stuff.” The evening’s festivities are slated to kick off at 8pm with the Firs and Hammer Hawk. Admission is $5.

Like a Bad Penny, Peter Schickele Brings PDQ Bach Back to the Colonial Theatre [Berkshire on Stage]