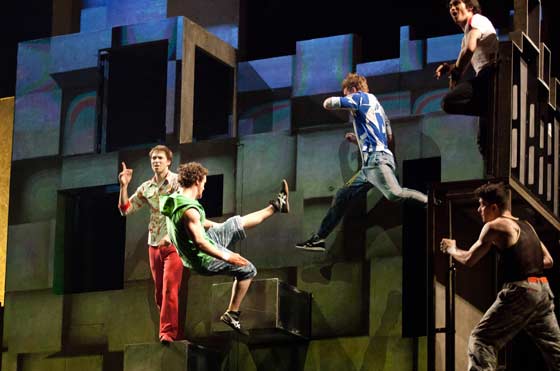 Last year, the Montreal-based Cirque Eloize made their Proctors summer residency debut with “Cirkopolis,” a fusion of circus performance skills based around a somewhat bleak “Metropolis”-meets-“Brazil” theme, directed by Jeannot Painchaud.

This year they’re back with “iD” – also directed by Painchaud but with an entirely different troupe of performers – and it’s a decidedly more engaging, colorful, accessible and altogether thrilling display of circus skills based on a “West Side Story”-goes-hip-hop theme. And Sunday’s matinee performance was a real doozie.

The 15-member troupe of lithe, strong young performers showcased all manner of gymnastics and acrobatics, balancing not only hand-to-hand, but also atop a wobbling, dizzyingly tall stack of chairs that reached nearly all the way to Proctors overhead lighting grid.

Contortionist Emi Vauthey bent her body in humanly impossible ways, as though she were made of Silly Putty. And then, clad in an eye-popping peek-a-boo leotard (courtesy costume designer Linda Brunelle), she dazzled some more with an aerial silks routine accompanied by roller-blade daredevil Jon Larrucea.

Set to a throbbing contemporary techno soundtrack by co-composers Jean-Phi Gancalves and Alex McMahon, the show never lacked excitement. When I say that the Act One finale was a jump-rope routine, you might yawn and say, “So what?” But then you’ll watch amazed as the ensemble executes ever more-and-more difficult variations on the theme until you’ll likely stand up and cheer at the end of the act.

There’s nothing in “iD” that’s quite as poetic and poignant as Angelica Bongiovanni’s absolutely mesmerizing Cyr wheel routine or Lauren Herley’s fearless, masterful solo on the Spanish web in last year’s show, but this was a much more upbeat, thrill-a-minute show overall.

Highlights included the inventive juggling performance by Nicolas Fortin, who kept afloat as many as seven balls, bouncing them off an array of plexiglass panels held by ensemble members passing by. Sometimes, even laying down on the stage on his back…

And as per the age-old show-biz motto, “Save the best for last,” the wild ensemble trampoline extravaganza finale required not only expert skills adjusting to an ever-changing backboard of landing blocks, walls and windows, but more importantly, a split-second timing, as five or six acrobats bounced up and down simultaneously as though they were marionettes controlled by some expert puppeteers.

I hate to resort to an age-old cliche, but in this case, really, “You’ve got to see it to believe it.” Cirque Eloize’s “iD” is that good…

SECOND OPINIONS:
Will Gallagher’s review at Discover Albany
Tresca Weinstein’s review at The Times Union
Excerpt from Wendy Liberatore’s review at The Daily Gazette: “There are many highlights in ‘iD.’ Among them is [Thebaut] Phillipe’s command over his bicycle. Bouncing around on the back tire, he hops up stairs and over people. At one point, he springs over a volunteer from the audience. At another, he pedals his two-wheeler up and down the theater aisles. Other high points include Jeremy St. Jean balancing on a stack of chairs and [Emi] Vauthey collaborating with inline skater Jon Larrucea in a beautifully smooth pas de deux in which she is rising and tumbling down suspended silks. The finale is riotous, beginning with what looks like a man falling from the top of a building. But as he lands, he rebounds. What ensues is a bouncing bonanza with the men of the cast falling backwards and flipping from the set’s rooftops and windows, only to boomerang back to the safety with hardly a hair out of place. As that is happening, a trio of break-dancers (Baptiste Montassier, Forty Nguyen and Kone Thong Vongpraseuth) are on the floor, bending the musical beat with a smile.” 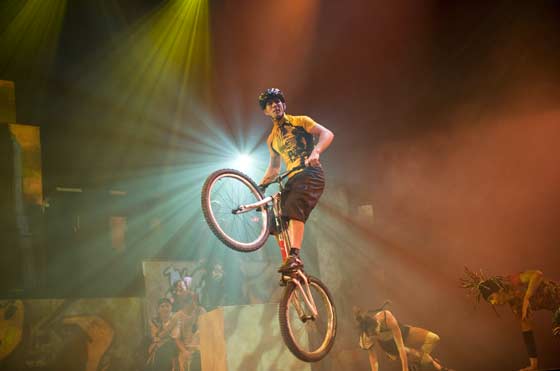 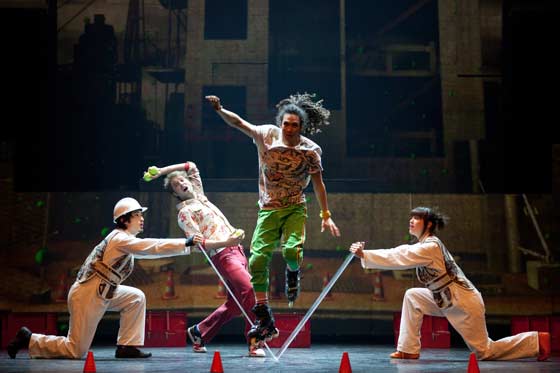 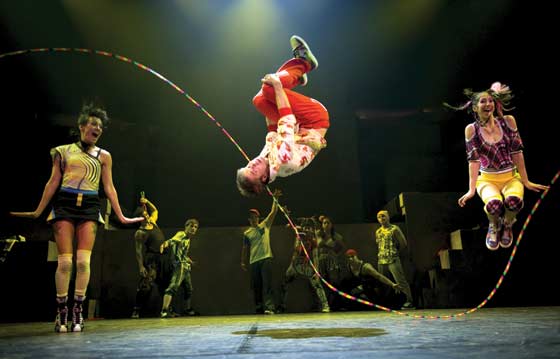 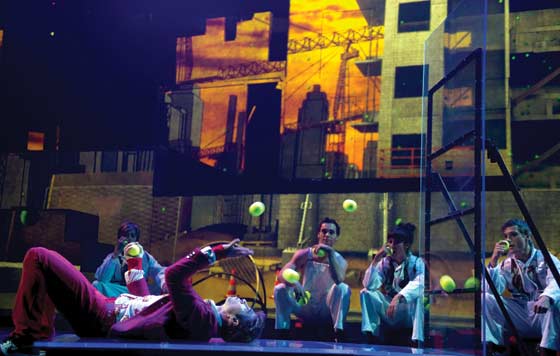 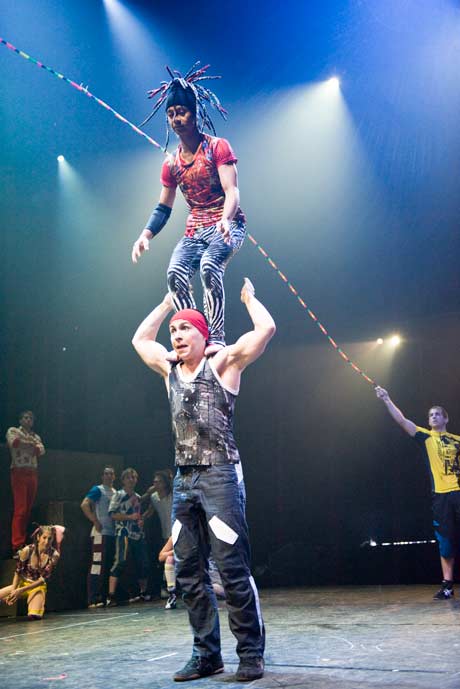 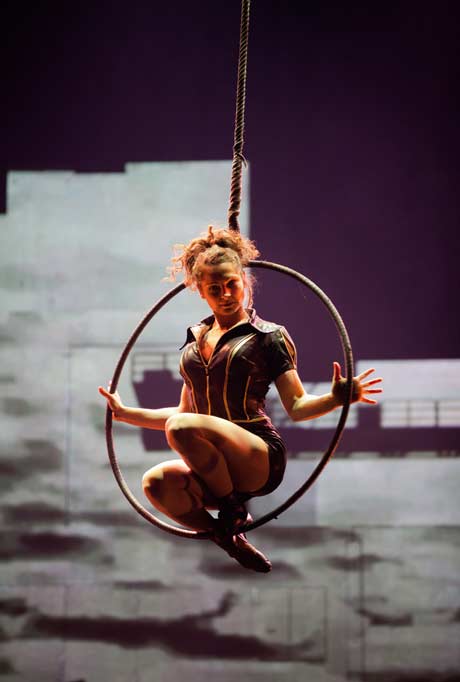 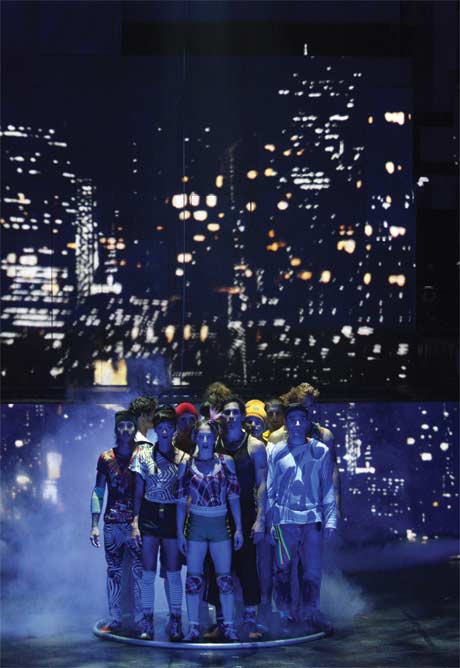 “All I Wanna Do Is Have Some Fun…”