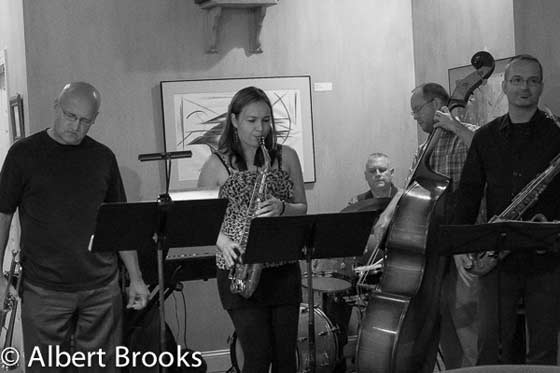 I have a problem, which I share with many of my friends in the jazz world: I worry about young musicians that catch my eye. Having continued success in this genre is about as easy as walking a tightrope over a swimming pool filled with piranha (while you’re on fire), so when one of them disappears from my line of sight for an extended period, it’s hard not to think, “Well, the Bear got another one!” Happily, any fears I’ve had about altoist Sharel Cassity were squashed when she appeared with Greater Nippertown’s Sultans of Bop, Michael Benedict & Bopitude.

You may remember Cassity from her searing opening Sunday set at Jazz @ the Lake in 2010. She had recently released her debut recording Relentless, and some truly nasty musicians (including trombonist Michael Dease, who’s become a mini-industry all his own since then) helped Cassity blow away the crowd. But then – aside from a couple of guest shots on other people’s recordings – I lost sight of her. I shouldn’t have worried, though; nobody this good and this dedicated simply disappears. In addition to playing with the Dizzy Gillespie All-Stars and the all-female big band Diva, Cassity just released a set of standards called Manhattan Romance on the Japanese label Venus. While standards may not be Cassity’s primary focus – she’s an accomplished composer, with more new stuff waiting to be recorded – her latest recording made her a perfect fit for Bopitude’s unerring musical direction.

What’s more, Cassity’s appearance was more evidence of Benedict’s dedication to expanding the sound of his pet project: Just as bari-sax legend Gary Smulyan gave Bopitude undeniable resonance, Cassity’s alto brought a wonderfully different harmonic (and not a little sass) to the band’s killer front line as the group launched into the opener, “Monk’s Dream.” Cassity caught the opening solo, which went leaping and bounding around Troy’s Daily Grind. (Benedict grabbed the opportunity to play the unconventional space when the show’s original venue, Proctors, fell through.) Cassity gave a quick nod to Monk’s atonality before taking full, undeniable ownership of the house; she had range, chops and some fiendish ideas, and both tenorman Brian Patneaude and trumpeter Chris Pasin had to pump it up to keep up with her.

That wasn’t a problem for Patneaude, who seems to get bigger and wilder every time he plays with this group. Still celebrating being a new father, the passion he put into Donald Byrd’s “Alter Ego” could be measured in miles, and Patneaude totally swung for the fences on Curtis Fuller’s runaway bopper “A La Mode,” reminding me that one of the best bands Art Blakey ever led had three horns on the front line. Chris Pasin’s always been in his element with Bopitude, and he gives this music the sound it needs from a trumpet – bright, uncompromising and pedal-to-the-metal. A little less steel and a little more lilt would have been better on Sonny Clark’s mid-tempo piece “Sonny’s Mood,” but Pasin was dead solid perfect on Monk’s “Think of One.”

Bopitude has featured a range of pianists since its founding, and each one has brought a singular sense of personality to the group – another way Benedict has kept the sound fresh and lively. Sensemaya leader Dave Gleason was back in the chair on this evening, and that always makes me smile. In addition to being a great, percussive player, Gleason brings a sense of fun to whatever he’s involved in. He sure had fun with Monk’s chords-within-chords on “Think”; Gleason reminded us that he could be beautifully quiet on “Sonny’s Mood” and Billy Strayhorn’s “Chelsea Bridge” (a non-bop, quartet ballad that was a divine spotlight piece for Cassity); and Gleason totally let it go on the soaring closer “The Eternal Triangle.”

While pianists may have come and gone, it’s always been Mike Lawrence on the bass, and I wouldn’t have it any other way. Lawrence has arguably the fattest sound in Greater Nippertown; he and Benedict complement each other perfectly as they support the group and each other, and Lawrence’s own sense of lyric is just as advanced as Patneaude and Pasin, as we heard on his solo during “Sonny’s Mood.”

Benedict didn’t solo at all until the climax of “Eternal,” which might have surprised some people. The thing is, though, Benedict is a smart guy, and he knew he had a multitude of riches with him on this night, so he did what a lot of good leaders forget to do: He got out of the way and let his people do their thing. The result was completely unstoppable, and who would want to stop this monster, anyway? And even with all the great performances on this night, Benedict gets the biggest love for making sure this gig still happened, because not seeing Cassity and Bopitude work together would have been a big loss. 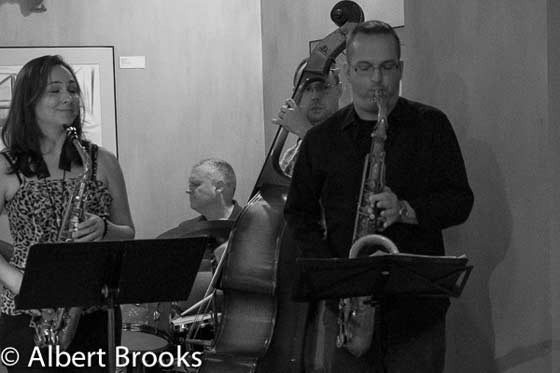 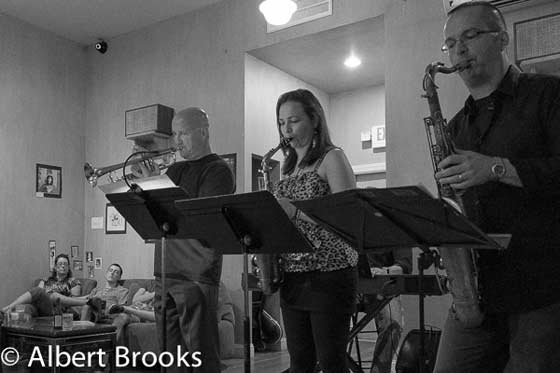 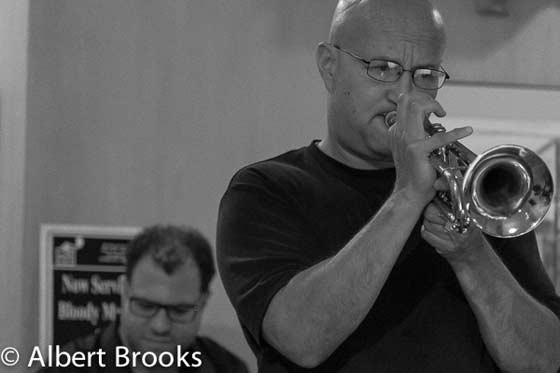 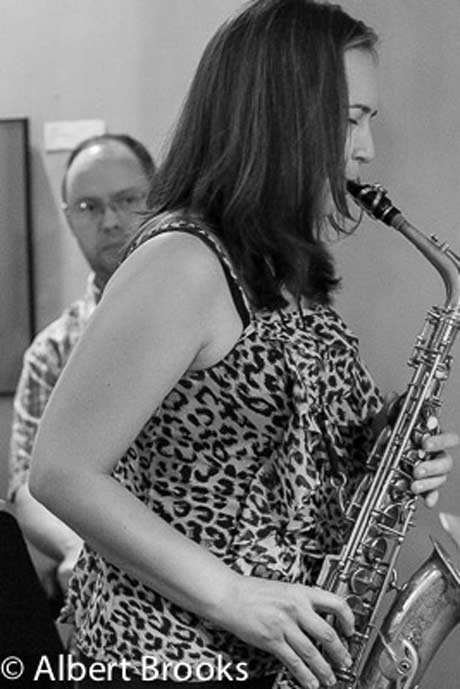 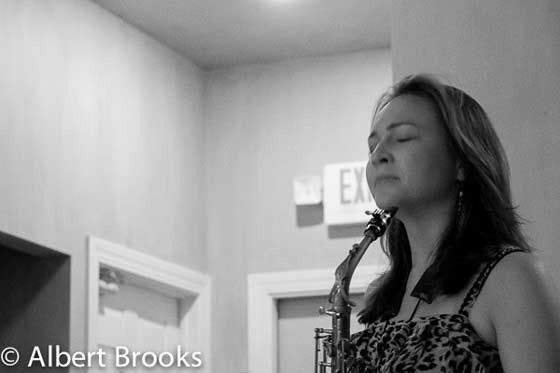