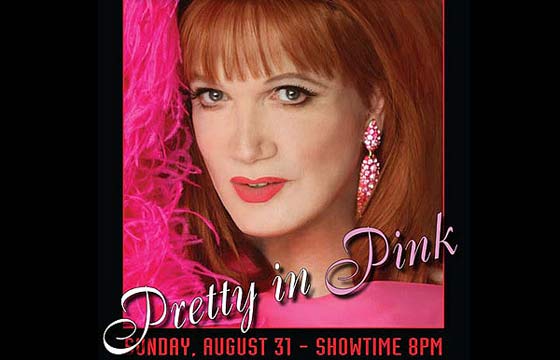 After two sold out engagements at Club Helsinki in Hudson, Charles Busch, Tony Award nominee for his hit Broadway play, The Tale of the Allergist’s Wife and legendary drag star of such films as Die, Mommie, Die! and Psycho Beach Party, returns for a third engagement to Club Helsinki Hudson on Sunday (August 31) at 8PM as part of the Helsinki on Broadway cabaret series presented in association with Showstoppers New York.

Back with brand new stories, brand new songs and brand new gowns, the fabulous, flamboyant and forever fascinating Charles Busch is not to be missed in a rare appearance in these parts. His all new show Pretty in Pink features Tom Judson on the piano and promises to be an evening of glamour, music, gossip, comedy and general mayhem! As an author his plays include The Lady in Question, Red Scare at Sunset and the long running Vampire Lesbians of Sodom.