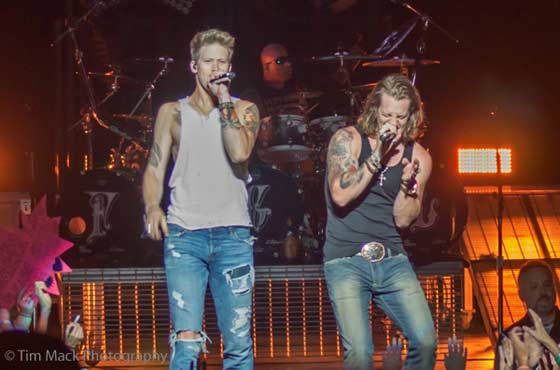 Florida Georgia Line – the country dude duo of Brian Kelley and Tyler Hubbard – weren’t the headliners at the Saratoga Performing Arts Center’s penultimate concert of the summer (that was Jason Aldean), but it sure sounded like they were judging by the volume of the crowd’s response.

The FGL bros are still riding high on the double-platinum success of their debut album, Here’s to the Good Times, and they delivered a high-energy, country-meets-rock-meets-hip-hop, whiskey-swiggin’, keep-the-party-rolling set.

They fired up their new single, “Dirt,” and if it’s any indication, they just might top their debut album with their sophomore effort, Anything Goes, due out next month…

SECOND OPINIONS
Tim Mack’s review at Metroland
Andy Sink’s review at The Times Union
Excerpt from Kirsten Ferguson’s review at The Daily Gazette: “Aldean is a no-frills performer, offering little in the way of stage moves or banter. In that sense, the chart-topping Florida Georgia Line could not have been more different. Their set was bombastic from start to finish, with pretty boy singers Tyler Hubbard and Brian Kelley — a duo backed by a six-member band — swigging from a bottle of Fireball Cinnamon Whiskey and riling the crowd with party anthems like earworm hit ‘Cruise’ and the nonsensical ‘Get Your Shine On.’ They broke the mold with new single ‘Dirt,’ though, a ballad about the virtues of hard, honest work.” 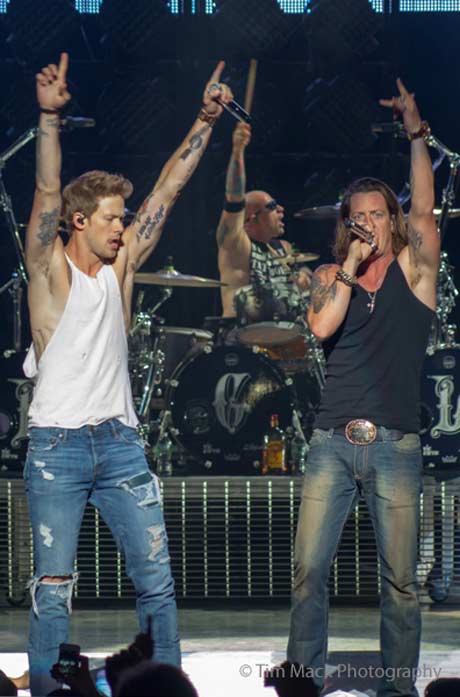 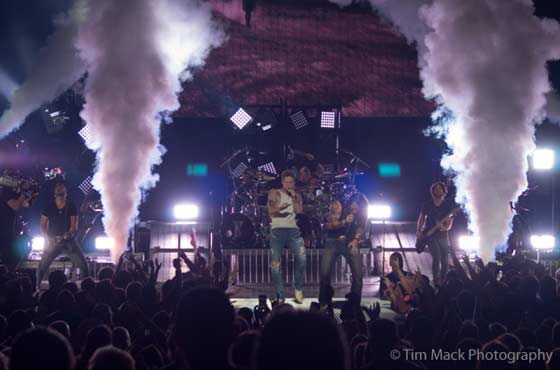 A Few Minutes With… Larry Kirwan of Black 47