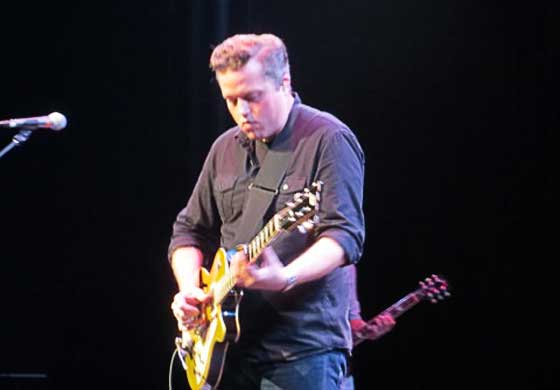 Jason Isbell – who played at MASS MoCA in North Adams last month – was the big winner Wednesday night (September 17) at the 13th annual Americana Music Honors & Awards at Nashville’s Ryman Auditorium, taking home trophies in all three catagories for which he had been nominated — Best Artist, Best Album and Best Song.

The Milk Carton Kids – who will join Sarah Jarosz in concert at The Egg on Monday, October 20 – was named Best Duo/Group, while Sturgill Simpson – who opened for the Zac Brown Band at SPAC last month – was honored with the Best Emerging Artist award.

Taj Mahal – who played Club Helsinki in Hudson last month – was awarded a Lifetime Achievement for Performance, and Jackson Browne – who played the Palace Theatre last month – received the Spirit of Americana/Free Speech in Music Award.

The other award winners of the night were: