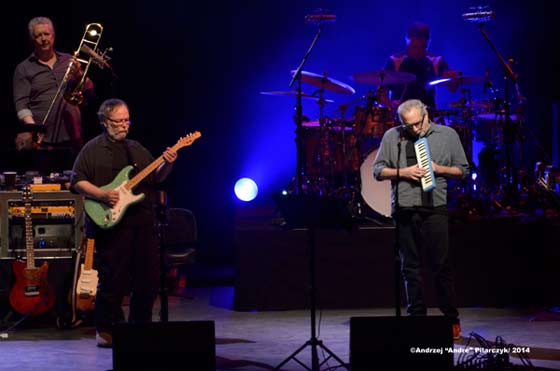 Steely Dan dubbed their latest tour – which came to the Saratoga Performing Arts Center on August 31 after travelling across North America for much of the summer – the “Jamalot Ever After Tour.” No real subtlety there – assuming that by “Jamalot” they meant their big band of wizard-proficient musicians and vocalists would stretch way out on jazzified, solo-filled versions of their songs, which were culled primarily from the group’s ‘70s studio recording heyday.

But “jam” also implies an element of spontaneity and, no, this was a carefully scripted affair, based on a fairly predictable formula and set list honed over the group’s last several tours – heavy on the (admittedly brilliant) tunes from the multi-platinum Aja (“Black Cow,” “Aja,” “Josie,” “Peg”) and FM staples like “Hey Nineteen,” “Reelin’ in the Years,” “My Old School” and “Rikki Don’t Lose that Number.”

Steely Dan masterminds Donald Fagen (keyboards and vocals) and Walter Becker (guitar) now embrace touring in a way they never did in their more studio-focused early days, but given their reputation as control freaks in love with extreme precision and technical proficiency, it’s no real surprise that they would approach their live show the way they do now – with a highly polished band of pros who showcase their jazz-pop prowess by taking solos throughout the night, lit under a rotating spotlight.

Concert-goers were still making their way to their seats as the 11-piece backing band – minus Fagen and Becker – opened with the Latin-flavored instrumental cover of Ray Bryant’s “Cubano Chant.” Then the two somewhat curmudgeonly looking lead guys arrived – Fagen taking his hunched seat behind the keyboard for “Black Cow” and “Aja,” the latter song featuring a Fagen keytar solo, a sax solo by Walt Weiskopf and a drum solo by Keith Carlock.

It was at that point – three songs in – that I remembered I wasn’t a huge fan of Steely Dan’s current concert approach. With so much emphasis on the individual players, they sometimes fail to truly swing. I just want to hear the song and get absorbed in the atmospherics. Fagen’s voice and distinctive lyrical lines and melodies can evoke a mood like no other – let’s all get lost in it, not watch another instrumental solo.

“They won’t let you do anything,” complained a woman in the bathroom after the beginning of the set, which included “Black Friday,” “Show Biz Kids,” “Dirty Work” and “Bodhisattva.” By “they” she meant security (or the band by proxy). By “anything,” she meant take photographs or get up and dance.

But by “My Old School” and “Reelin’ in the Years” near the end of the night, people in the amphitheater finally flouted the rules to stand up and dance, and that’s what I thought this show needed more of – less cerebral admiration for technical skill and more crowd clap-alongs and booty shaking in the aisles.

SECOND OPINIONS:
Greg Haymes’ review at The Times Union
Excerpt from Michael Hochanadel’s review at The Daily Gazette: In the rocking ‘Black Friday’ up next, fans first started jumping to their feet, rewarding each uptempo tune with sweaty jubilation, especially ‘Bodhisattva,’ ‘Peg,’ ‘My Old School’ and ‘Reelin’ in the Years,’ played in that order late, before a similarly zippy encore of ‘Kid Charlemagne.’ Subtler tunes grabbed the crowd, too, but more gently — the graceful groove of ‘Rikki Don’t Lose that Number,’ the Latin thump of ‘Show Biz Kids,’ the tropical breeze of ‘Babylon Sister’ and the sweet kiss-off of ‘Dirty Work,’ especially the latter sung entirely by back-up vocalists Carolyn Leonhart, Cindy Mizelle and La Tanya Hall, all sounding and looking beautiful. The show was perfect, in a very good way. Simply sounding just like the jewel-like Steely Dan records was an impressive feat, but they played every tricky rhythm or chord change with spirit, too; more than just skill. Fagen sang almost everything, Becker taking over for goofy raps and intros and to sing ‘Daddy Don’t Live in that New York City No More.’ Every player and singer got solos, and everybody onstage seemed to enjoy making such smart, tricky music in such a strong, swinging machine. As always, Steely Dan served up their distinctive, unmatchable paradox: How could such bitter, downbeat lyrics feed such fun music?” 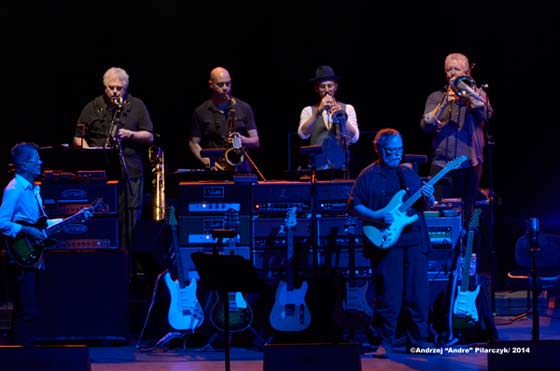 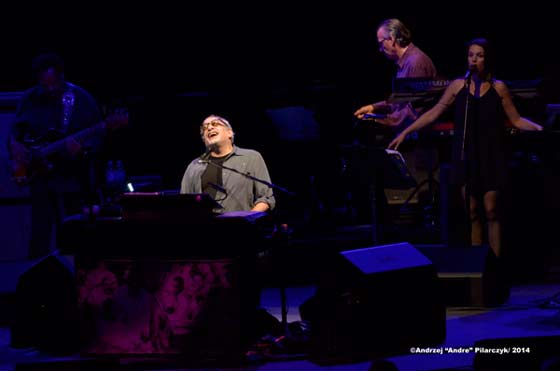 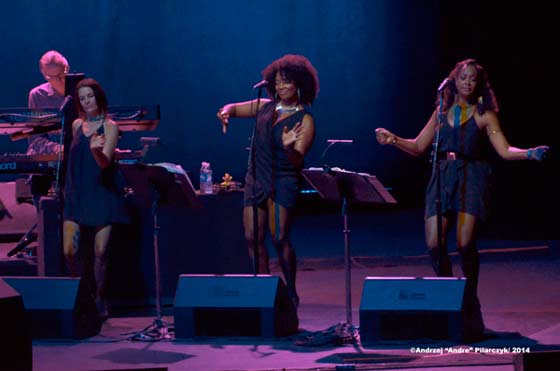 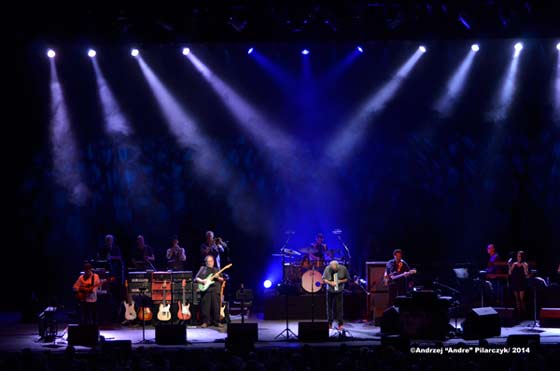