Veteran jazz trumpeter-vocalist Hugh Masekela teamed up with guitarist-vocalist Vusi “The Voice” Mahlasela at The Egg recently for a celebratory concert to commemorate the 20th anniversary of the end of apartheid in South Africa.

Of course, Masekela played his classic 1968 jazz/R&B hit, “Grazin’ in the Grass,” but if that was your only point of reference you were in for a sublime treat. Mahlaseha utilized his magnificent, versatile voice on solo numbers, as well as in tandem with Masekela and a top-notch band fueled by bassist Bakithi Kumalo, who played on Paul Simon’s landmark album, Graceland.

Many of the songs weren’t sung in English, but no translation was required, as the music rang out loud and clear about freedom, determination and forgiveness.

NOTE: Hugh Masekela joins Doreen Ringer Ross and Michael Lessac for the panel discussion, “Music in Film – Music as the Unifying Force,” at the Woodstock Guild’s Kleinert James Arts Center in Woodstock at 3pm on Friday (October 17), as part of this weekend’s Woodstock Film Festival. The fest will also screen Lessac’s feature film, “A Snake Gives Birth to a Snake” (featuring music by Masekela) at the Woodstock Playhouse at 5pm on Friday and again at 12noon on Sunday at Upstate Films in Rhinebeck. Admission is $10.

SECOND OPINIONS:
Alexander M. Stern’s review at Metroland
Pete Mason’s review at Upstate Live
Excerpt from David Singer’s review at The Daily Gazette: “The tone of the band — as is much of African-pop — was bright and essentially happy music, with a loose jam-band feel. ‘They sound happy, but they are also songs of protest,’ Masekela told us early in the night. ‘The music is a tribute to the resilient people of South Africa.’ The night reached its height toward the end, when they both sang the anthem ‘Bring Home Nelson Mandela,’ transforming the Egg into a dance celebration with the chorus ringing, ‘Bring back Nelson Mandela, bring him back home to Soweto, I want to see him walking down the streets of South Africa Tomorrow.’ Mahlasela’s singing remains clear and beautiful, with a melancholy streak that cuts through the large range that he covers. He can rise and fall quickly, jumping octaves without warning. He sang a few without the group, his chanting filling every nook of the oval hall.” 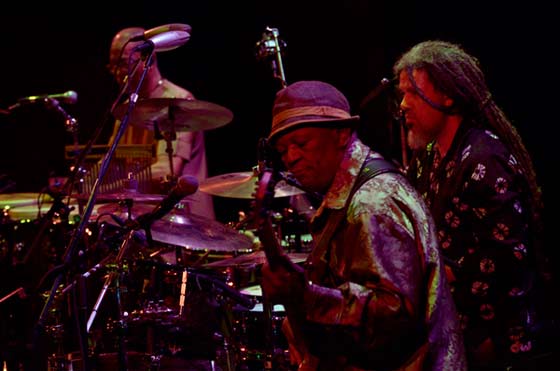 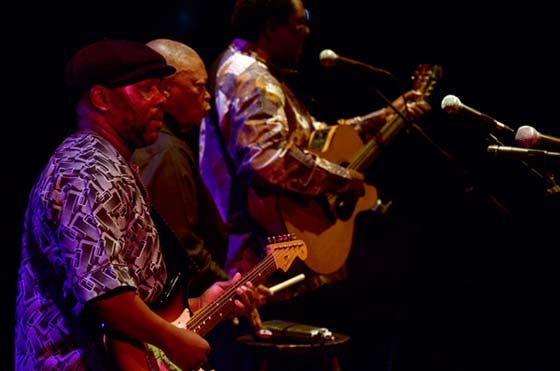 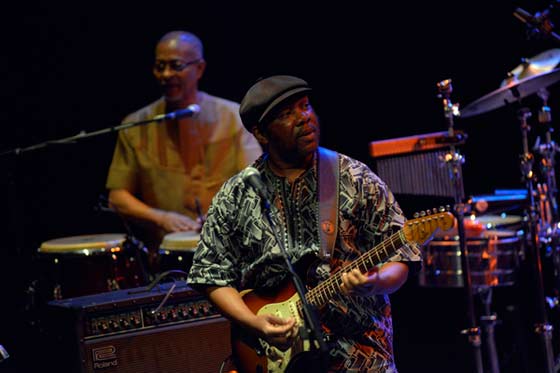 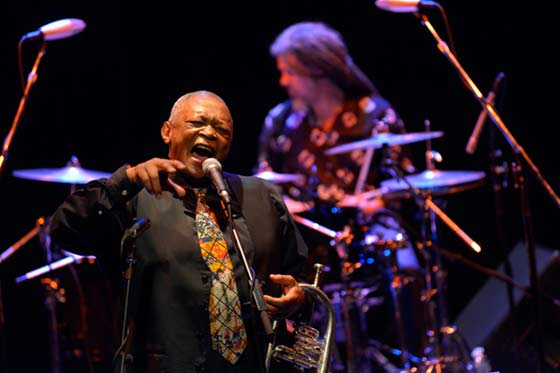