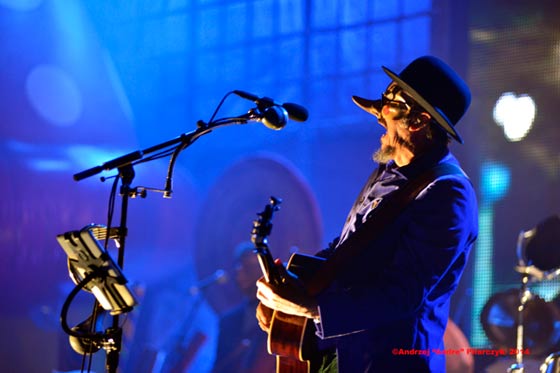 Review by B. Patrik
Photographs by Andrzej Pilarczyk

Primus playing the entire soundtrack to “Willy Wonka and the Chocolate Factory” sounds like a match made in heaven.

And for the most part, it was at Albany’s Palace Theatre last Friday (October 24). Before a sold-out crowd of excitable diehards, the band’s original line-up tore through every song from the 1971 Roald Dahl adaptation, which doubles as their reunion album released Tuesday, “Primus and the Chocolate Factory With the Fungi Ensemble.”

What makes the pairing work is the film’s and band’s shared penchant for weird. “Willy Wonka,” which stars Gene Wilder in the title role, is a tonally faithful (though not scene-for-scene) translation of Dahl’s whimsical-yet-dark children’s classic “Charlie and the Chocolate Factory,” in which five children visit a magical chocolate factory and each but poverty-stricken main character Charlie Bucket befalls a grave “accident” related to his or her vice. It’s a colorful, near-psychedelic film, especially the second half when the action in the factory starts, but when the basic plot is laid out, it almost sounds like a horror movie. Moments in the film are downright terrifying to a seven-year-old (the tunnel scene, in particular, comes to mind).

Primus, formed by bassist and lead howler Les Claypool in 1984 and solidifying around guitarist Larry “Ler” LaLonde and drummer Tim “Herb” Alexander in 1989, spent the ’90s mixing rubbery yet sinister funk and hard rock riffs, monster bass lines and Claypool’s oft-hilarious, faux-Southern accented rants. It’s a sound that is truly all the band’s own, and one that lends itself well to the creepier and more psychedelic moments of the Wonka story, especially Wilder’s big solo from the film “Pure Imagination,” and the aforementioned “Semi-Wondrous Boat Ride.” Live, assisted by Wonka costumes, video screens, a mushroom-festooned set and the Fungi Ensemble – percussionist Mike Dillon and cellist Sam Bass – the band upped the trippy quotient of Dahl’s story, creating a musical and visual carnival onstage.

There was plenty that worked here, and worked well. The bouncing, triumphant “I’ve Got a Golden Ticket,” insistent rocker “I Want it Now” and the aforementioned “Pure Imagination” all combined Primus’ signature sound with enough cues from the original soundtrack to induce knowing nods and giggles from the crowd. To fill in the gaps in the story, the band created musical interludes between the proper songs, which successfully linked everything together in a near-continuous story-stream. This was aided by manipulated scenes from the film intercut with other colorful visuals onscreen.

Best of all were the four short “Oompa Loompa” interludes – sung in the film by Wonka’s green-haired factory workers every time a visiting child meets her demise. Here, Claypool’s growling bass and mad carnival barker vocals combined with rumbling cello and thundering drumming to create a paranoid march, performed complete with two dancers in big-headed Oompa Loompa costumes. While the band jammed plenty during its Wonka set, an extended version of this song would have been a most welcome addition.

“Willy Wonka” actually starts out as a pretty normal ’70s kids movie, set in a drab, dreary Britain, and the handful of songs from this early portion of the film stuck out in the setlist like a sore thumb. Worst of all was ballad “Cheer Up Charlie,” a snooze-fest in the original film and not much more exciting here. “Candy Man” was also surprisingly disappointing – although the band gave a muscular performance, there simply was not enough of the original song’s DNA here to make it stick. Overall, the Wonka excursion was a good idea – just less cheering up Charlie and more Oompa Loompas next time, guys.

The Wonka set was the second of the night. The band kicked things off at about a quarter after 8pm with a short set of favorites spanning the band’s early career, including highlights such as the innuendo-filled “Wynona’s Big Brown Beaver” and the character study “My Name is Mud.” An extended jam on “Harold of the Rocks” was perhaps the highlight of the whole evening, building the first set to a frenzied conclusion. The band returned for a few more songs in the encore, including “American Life” and “Here Come the Bastards.”

This setup was the same as the show the band played at the Palace a few years ago in support of Green Naugahyde, and it’s a smart one, giving fans what they want while keeping the band energized creatively.

SECOND OPINIONS:
Jim Shahen, Jr.’s review at The Times Union
Joy Houle’s review and Jim Gilbert’s photographs at Upstate Live
Excerpt from David Singer’s review at The Daily Gazette: “The heavier the music, the happier the crowd at Friday night’s sold out Primus show at the Palace. And metal-heavy it was for the first set, which featured mostly older, tried and true tunes. Unfortunately, for the second set, Primus played the soundtrack from ‘Willy Wonka and the Chocolate Factory,’ promoting their new record Primus and the Chocolate Factory. The second set was far more spacey, experimental, and off course a bit. They were joined on stage by the Fungi Ensemble, along with over-sized “oompa loompa” characters from the movie and video of scenes from the movie. The effort was entertaining and ambitious — maybe even interesting — and there were cool moments, for sure, but it was a far cry from the danceable metal-funk of their first set.” 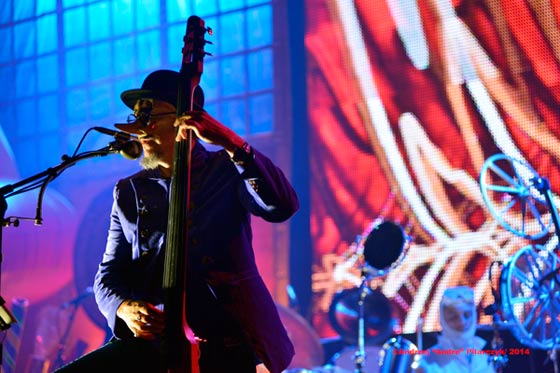 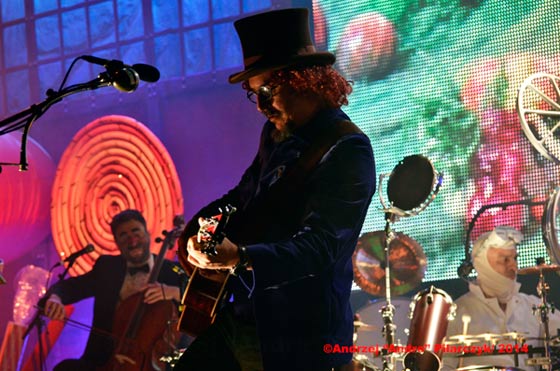 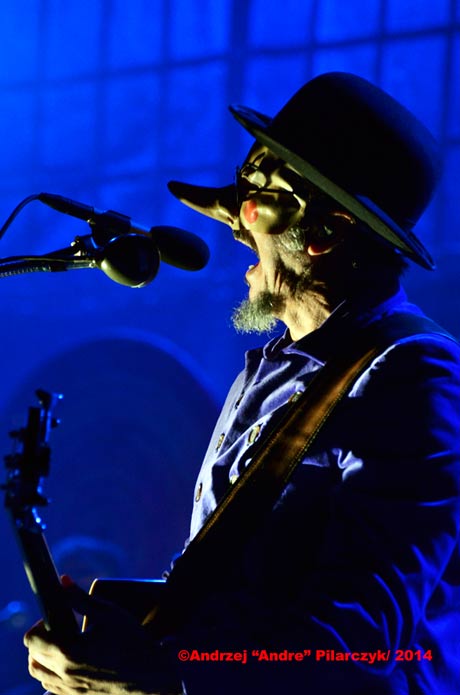 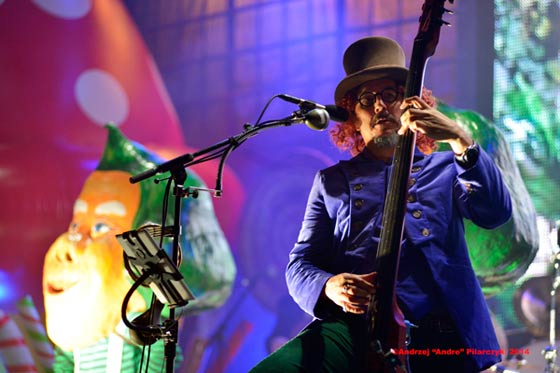