Elska Is a Storyteller, Pioneer & a New Island for All Ages @ MASS MoCA [Berkshire on Stage] 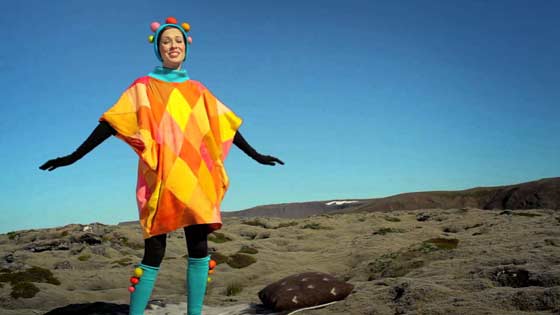 She has been described as the Bjork of kids’ music. Her imagination runneth over.

Indie pop siren Elska, who has purportedly discovered a newly formed volcanic island off the coast of Iceland, makes “crazy awesome electronic funderworld faerie tunes for the whole family,” says our friend, Mikael Jorgensen of Wilco. Bring the kids to explore her wacky world in MASS MoCA’s Club B-10 at 2pm on Saturday (November 8).

With her signature blend of theater, storytelling and musical performance, Brooklyn-based Shelley Wollert becomes modern pioneer Elska, delighting children with her amazing tale of island discovery. Working closely with record producer and Iceland-phile Allen Farmelo, Wollert developed Elska’s world – a vibrant cast of characters that join her for fantastical adventures on the Island of Elska.