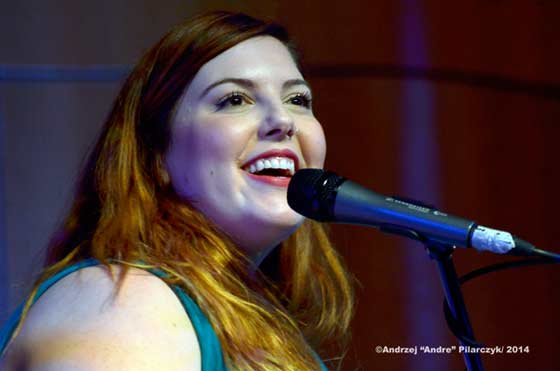 It’s difficult, if not impossible, to imagine anyone walking out at the end of a Mary Lambert concert and not feeling oh-so-much better than when they walked in. Just ask anyone who was fortunate enough catch her Albany concert debut last month at the College of Saint Rose’s Massry Center for the Arts…

Lambert is a total charmer. She’s like your best friend that you’re just meeting for the first time – thoroughly engaging, outspoken, honest, a bit naughty and seemingly without any governor on her mouth, as though she’s willing and eager to share out-loud whatever thoughts pop into her head – sometimes wildly witty, sometimes deadly earnest, sometimes completely silly. And that’s just her between-song patter.

She’s got a powerhouse, killer voice – she broke into a snippet of an operatic aria in the middle of her show-closer – and yet some of most potent songs were sung at barely a whisper-level. And yes, she’s got the songs to match – soul-baring, heart-on-her-sleeve songs that somehow combine the best musical and lyrical elements of Tori Amos, Carole King, Amanda Palmer and, yes, even Joni Mitchell. File her music under contemporary confessional-pop – simultaneously fragile and fierce.

Lambert is best known for writing and singing the hooky chorus on Macklemore & Ryan Lewis’ marriage equality hit “Same Love,” and there she was at the Grammys earlier this year, singing next to Madonna. Not bad, especially considering that she had yet to release an album. Her much-anticipated debut album, “Heart On My Sleeve,” was released just a few days before her St. Rose show, but you wouldn’t have known it by the wildly enthusiastic, near capacity crowd.

During her current single, “Secrets,” she jokingly cautioned the sing-along crowd, “Don’t get too loud ’cause I’m the star.”

Of course, this was the same crowd that rose to their collective feet to give her a standing ovation after her passionate rendition of the empowering spoken word/sung “Body Love, Part I.” It was just her fourth song of the night. Yeah, she’s a riveting performer.

Seated at the Steinway grand piano, the 25-year-old singer described herself as “a chubby lesbian who talks about gay rights and body image.” Yes, she did all that, but also so much more. One of her more daring (and utterly successful) turns was transforming Rick Springfield’s churning, ’80s pop-rocker “Jessie’s Girl” into a heartwrenching lesbian love ballad.

Midway during her show, she was joined by guitarist Tim Mendonsa, who deftly expanded her sonic palette without taking anything away from the exceptionally intimate and honest nature of the show.

Ultimately her best performance of the night was “Monochromatic,” a potent song about disconnection that embraced us all as she sang, “Everybody’s hurting/Nothing’s more human than that.”

Mary Lambert is my pick for Rookie of the Year… hands down.

Frequently employing looping to expand his solo acoustic guitar into a full band sound, popster Howie Day opened the show with a 50-minute set of love songs that included the opening “Sorry So Sorry,” the slow-building “Ghost” and the crowd favorite, “Collide.”

HOWIE DAY SET LIST
Sorry So Sorry
She Says
Ghost
No Longer What You Require
???
Be There
Collide
Bunnies 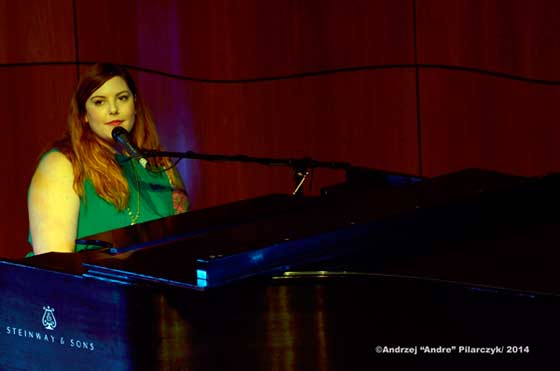