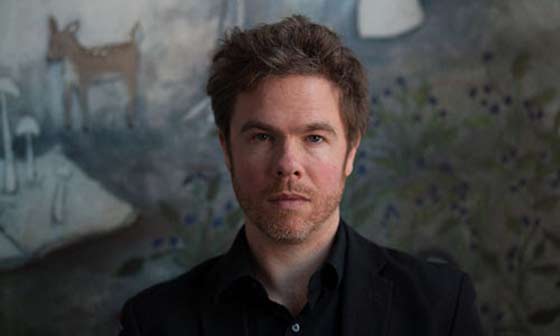 Moscow, Idaho-native singer and guitarist Josh Ritter has a literary disposition and an affinity for the old-guard likes of Leonard Cohen, Bruce Springsteen and Paul Simon that led The New York Times to place him “among the cream of the young singer-songwriter crop.” His songs are playfully erudite, equally dense with clever metaphor and whimsical turns of phrase. He’s at MASS MoCA’s Hunter Center in North Adams on Saturday (November 22) at 8pm to try out new material for an unnamed forthcoming album.

“About six months ago I was hit by a song on the New York Thruway,” Ritter recently wrote. “The whole thing. Verses, bridge, a witty one-liner or two. Nothing like that had ever happened with such force. It was the first raindrop in a thunderstorm that I’m thankful continues unabated. I don’t normally go in for showing songs before they’re fully done, but what the hell, you only live once.”