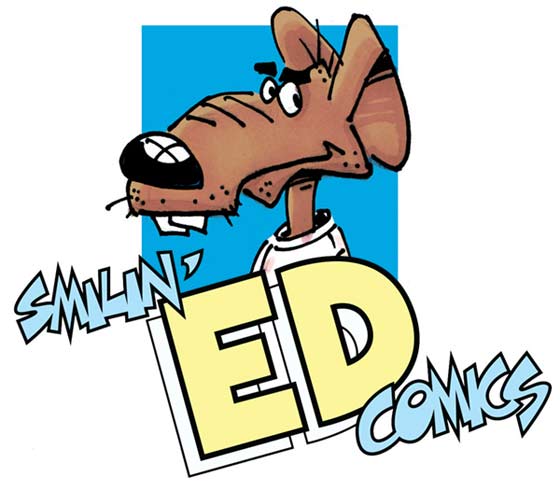 Raoul Vezina was an artist, cartoonist, musician and all-around-good-guy who passed away in 1983 at the age of just 35 years old. Back in the day, he was often the first face that you would see when you walked into what was then Albany’s premier comic book store, FantaCo, located at 21 Central Avenue.

Now Raoul’s sister, Maria Vezina, and FantaCo honcho Tom Skulan have compiled all of the Smilin’ Ed Smiley stories – including some that were not included in the final issue – into one big 160-page paperback book. The book, titled “Smilin’ Ed Comics: Da Complete Collection!!!,” will also feature 16 pages in full-color and lots of previously unpublished artwork by Vezina.

But they need your help…

There’s a Kickstarter campaign to help fund the publication, and there are only a few days left to make your contribution. The campaign ends at 1am on Thursday (that’s actually Wednesday night, December 10), and they’re still a long way from reaching their goal. Help out if you can…

Exploring FX in the Berkshires: A New Series @ the Little Cinema [Berkshire on Stage]

HVCC Announces the Return of Student Exhibits to The Teaching Gallery

HVCC Announces the Return of Student Exhibits to The…