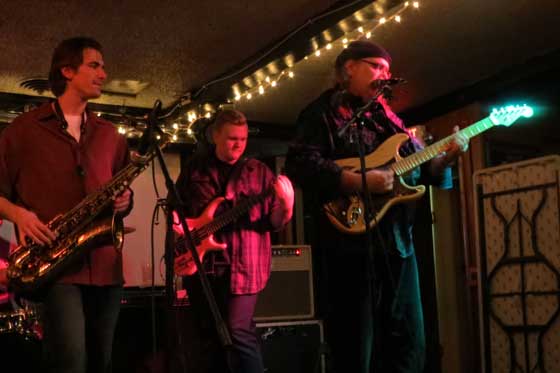 Review and photographs by Wanda Callagy

There’s the CD release party. And then, there’s the music…

On their way south to Memphis for a three-night stand at the International Blues Challenge on January 18-20, Tas Cru and members of his band, the Tortured Souls, recently stopped by the Fuller Roadhouse Grille in Albany on December 28 to introduce their new CD, You Keep the Money at the Capital Region Blues Network’s Sunday Night Jam. The house was full with standing room only, with many familiar faces and new ones taking the stage to jam after Tas Cru’s opening set.

The wait for this was worth it. And here are some of my impressions:

On this new album, Cru carries through some familiar themes. His tongue-in-cheek love song “Half the Time” is fun and hard not to tap your foot to. The upbeat tune has a lot of interesting guitar exchanges, with strong harmonica skills from Dick Earl Ericksen. Here, I looked up a couple of his other songs, including “Cover My Love” from his 2006 album Biscuit and 2008’s Gravi-Tas. No boring repeats – almost a continuum or, let’s say, another chapter.

The instrumental “La Belle Poutine” brings to the album one of the most soulful pieces I have listened to, ever. Here I hear skills and a sound that remind me so of jazz guitarist Pat Metheny. Cru’s French influence from his time in Montreal is a treat. Haunting.

“Take Me Back to Tulsa” continues the story of his visits to Oklahoma. This causes me to wonder about his song “Tulsa Tornado” from 2009’s Grizzle n’ Bone, and the adventures this band must have had in their travels on “The Road to My Obsession” from 2012’s Tired of Bluesmen Cryin’. And then, there’s the search for unconditional/conditional love. His “Heart Trouble” and affirmations continue to eat right, to exercise, and to change for that mystical love, as he insisted on “Changin’ My Ways” from “Tired of Bluesmen Cryin’.”

However, don’t be disheartened. The theme of love does continue with great back-up vocals from Mary Ann Casale and Alice Erikson, in both “Count on Me” and “Holding on to You.” Strong, gospel-like voices and dramatic chords from organist Guy Nirelli here, and Chip Lamson is on piano throughout. “The Lucky Ones” from 2010’s Jus’ Desserts also carries that hope.

“Thinking How to Tell Me Goodbye” gives us witty, witty lyrics and I recommend dancing to this. The percussion and drums from Bob Holz, Dave Olson and Ron Keck keep this tune and the rest of the CD rockin’ while Bob Purdy keeps everyone in line with his bass playing.

And yes, there is much, much more.

On a serious note, Cru adds soulful thought and riffs from that guitar of his to his tune, “A Little More Time” lamenting about attaining just that, realizing the passage of time and needing to say so long to so many of the greats. Here the gospel-influenced harmonies give strength to the plea, and Nirelli’s organ playing seals the deal.

I have saved the title tune “You Keep the Money” for last. Cru tells a wonderful story here, and keep in mind that he is an exceptional storyteller. I will not spoil it, but the background of this song resonates the person he is by dedicating it to the blues musicians who “find joy in making music, first and foremost, just because they love what they do.” Enjoy the tale. 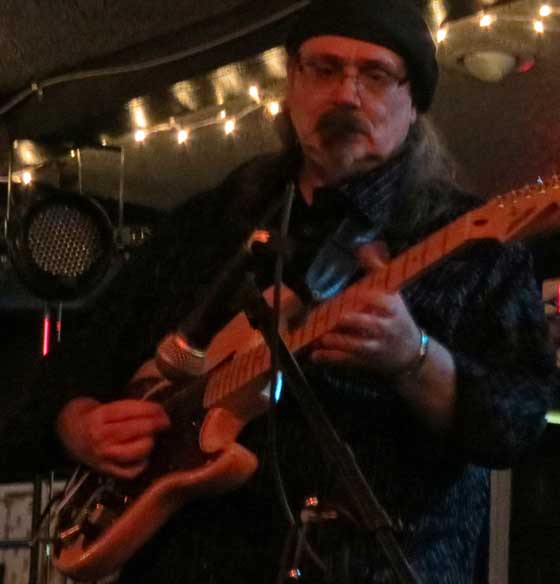