A Few Minutes With… Dale Watson 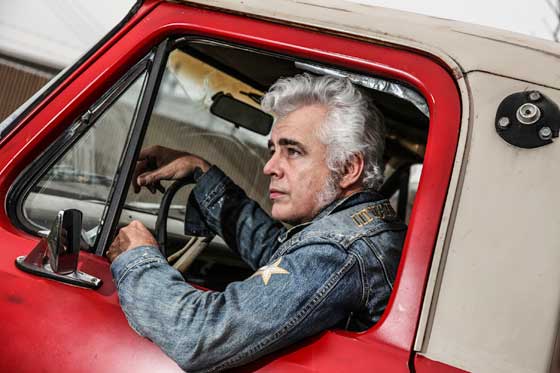 Interview and story by Don Wilcock

Dale Watson – appearing Wednesday night (January 28) at The Hangar in Troy – has an axe to grind about today’s so-called country music, what it is and what it isn’t. “Blake Shelton says nobody wants to listen to granddaddy’s music, that they’re just old farts and jackasses. He’s wrong,” says the silver-haired, tattooed Texas troubadour.

Watson is single-handedly bringing the Sun Studios, rockabilly and countrypolitan music
kicking and swinging into the 21st century with apologies to none of the black-hat pretty boys who are filling Nashville’s coffers these days. He has a two-decade discography of 20 albums that declared his intentions first time out of the box with a song called “Nashville Rash” on his 1995 Hightone CD Cheatin’ Heart Attack that railed against the mainstream country hits of artists like Blake Shelton and Kenny Chesney.

“It’s not retro,” says Watson about his style that he’s labelled Ameripolitan. “That’s what I keep trying to tell people. It’s new songs. This is like building a house with a hammer. You’re building the same type of house. John Lennon had a nice quote. He said, ‘Originality comes (from) your inability to imitate your influences.’ It’s true, especially when you start out.

“You listen to the first recordings of George Jones and a lot of people of that era. You listen to their first recordings. They tried to sound like Hank Williams. Of course, along the way they found their own voice. That’s the same way with songwriting. All the classic country songs that influenced me are from “Your Cheatin’ Heart” and “Silver Wings” and “Folsom Prison” and all that stuff, a lot of Willie Nelson stuff, but that’s my inabilitiy to be as creative or musical. That’s where my originality is.”

Watson has the attitude of a modern day Jerry Lee Lewis, but with a smooth baritone voice that carries the authenticity of a Johnny Cash and a Texas guitarslinger’s sting. His original songs are honed from beer-drenched stages of Austin roadhouses. He’s unspoiled by success, and he lives his songs every day. His personal favorite CD is his 2001 release Every Song I Write Is for You, an album he found both therapeutic and a bit stilting in its tribute to his late girlfriend Terri Herbert.

“At a certain point you start wallowing in it, you know? So the songs I had to write I’m glad I wrote, and it’s still my favorite album I’ve ever done, but at some point you’ve gotta move on. Sometimes it feels more comfortable to sit and listen and hurt. You gotta do that for a while, but then you’ve gotta move on, but, yes, it was therapeutic.”

He did move on, and among tattoos of the Texas and Alabama state flags and musical notes on his biceps is one proclaiming the date of his latest failed marriage. He’s tattooed over that memory with a new image, that of a scorpion. “Yeah, that was in 2012. It’s a scorpion to remind me. You know that tale about the scorpion in the desert who goes to the oasis? He’s tired of being a scorpion and wants to change and be out in the sun.

“So he goes to the oasis and comes up on a stream. He doesn’t want to get in the water and sees a frog. He says to the frog, ‘Hey, how about giving me a ride across the stream.’

“So he jumps on his back and, about half way over, the scorpion stings him.

“So, yeah, that’s why I put that on my wrist. I decided to realize I’m a scorpion.”

Watson’s current single getting heavy airplay on Sirius/XM satellite radio’s Outlaw Country channel is “I Lie When I Drink” from his 2012 Red House LP El Rancho Azul. It was recorded with his touring band and reflects his Ameripolitan style. “I hate tellin’ people I do country music ’cause it doesn’t apply. They automatically think of Kenny Chesney, and I have to explain, no, and if I tell ’em country music and leave it at that, and they do come out and see me, if they were expecting to see Kenny Chesney music and all that stuff, they’re disappointed. I’m disappointed that they’re disappointed.”

One of his songs on Live in London, “What If” encourages people to see the iconic country veterans who are still alive and performing. Many of the artists he references have since died, so I asked him if he still sings that song.

“What a great question! Willie (Nelson), Merle (Haggard), Charlie Pride and Loretta (Lynn) are the only ones alive that are mentioned in that song. I still do it just to prove my point, ’cause one day I won’t be able to.”

Watson has written a book called “The Road Warrior’s Guide to Roommate Etiquette” advising musicians on tour to use a wash cloth ’cause their roommate may be using the same soap and doesn’t want to pull someone else’s hairs off the bar.

In 2012 Watson performed in a play written by Stephen King and John Mellencamp called “Ghost Brothers of Darkland County.” He calls the horror fiction writer King “sweet” and loved working with producer T Bone Burnett, whose done benchmark CDs for B.B. King and Gregg Allman and 15 years ago single-handedly changed the paradigm for roots music with the soundtrack to “O Brother Where Art Thou.”

As fascinating as his creative partners were, Dale found the play not to be his “cup of tea.” “I gotta tell ya. I don’t do a set list ’cause I get really bored of doing the same songs over and over and in order, and that’s what theater is. It’s just like “Groundhog Day” every day. In the movie, Bill Murray is just reliving the same day over and over. That’s what it felt like in theater, and that’s so monotonous.”

If you like your music with an Austin edge performed by a veteran musician who lives his music on the road and performs with the kind of authenticity that sets artists like Jerry
Lee Lewis, Johnny Cash and Billy Joe Shaver apart, do see this guy.

WHO: Dale Watson & His Lonestars
WITH: Rose Flores
WHEN: 8pm Wednesday (January 28)
WHERE: The Hangar, Troy
HOW MUCH: $25, available in advance online and at the Ale House. Also available at the door.

BUT WAIT… We’re giving away a pair of FREE TICKETS to the show. Just GO HERE to enter… 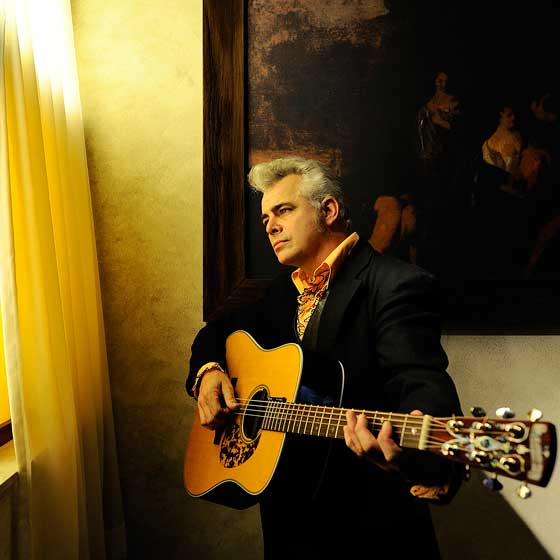