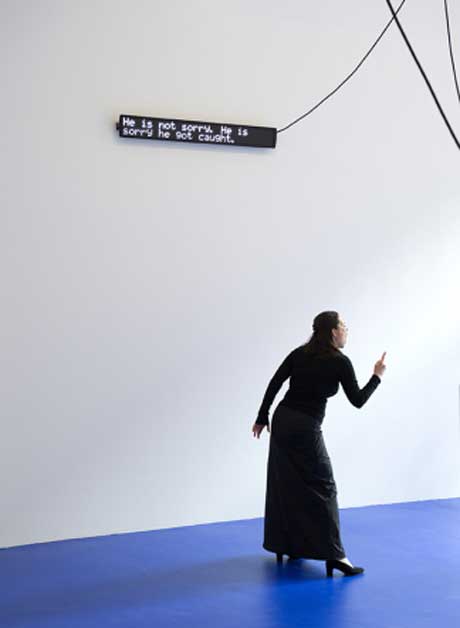 From Ed Sullivan to Jimmy Fallon, the TV variety show is a well-known format to American audiences. The at-home viewer watches a cavalcade of performers entertain an unseen studio audience, while that studio audience is complicit in the show, laughing and applauding according to prompts and direction. On Friday (February 13) at 8pm, for the final evening of her residency at EMPAC at RPI in Troy, artist Cally Spooner will stage a TV variety show in Studio 1, shot before a live studio audience and live-streamed to viewers around the world as part of her in-progress film work And You Were Wonderful, On Stage.

For the past two years, Spooner has developed material for the piece through itinerant engagements at galleries and performing arts venues around the world. Sketching scenes and stand-alone vignettes as the piece traveled, she performed a live musical version of And You Were Wonderful, On Stage with a chorus line of singers at Tate Modern last winter before coming to finish the work in residency at EMPAC.