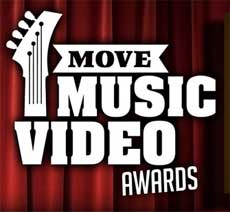 Albany’s fourth annual MOVE Music Festival – which will be taking over nearly a dozen live music venues throughout Albany from Friday-Sunday, April 24-26 – has announced a new addition to the 2015 schedule – the MOVE Music Video Awards, which are scheduled to be held at 6pm on Sunday, April 26 at the Madison Theater in Albany. Live music – performers TBA – will follow the awards ceremony.

Awards will be presented in three categories – Best Video, Creative Achievement and Best Live Video. Submissions are now being accepted, and the deadline to enter is 12midnight on Sunday, April 5.