After catching a musical performance of a “little” different type (watching my son, Julian, and his classmates rocking out at the Abraham Wing School Spring Concert), I hopped over to the Glens Falls Civic Center to check out the action.

It was nice to see the arena FULL when I came in for the big Godsmack show — and it was early still, as opening act Hellyeah were just finishing their set.

It reminded me a little of the old Adirondack Red Wings days: Elbow to elbow — except the crowd attire was a little different, where the sea of red and white hockey jerseys were now traded for black concert tee-shirts.

The vibe was similar, though — enthusiastic.

Click to read the rest at Glens Falls Chronicle 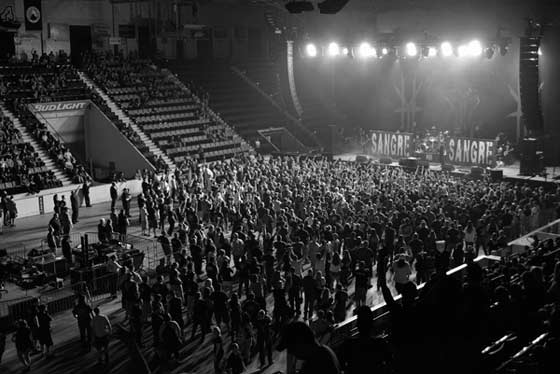